In a bid to unveil the cause of the ongoing mysterious deaths of youths between the ages of 16 – 32 years old in Ute-Okpu and Idumuesah communities in Ika NorthEast Local Government Area of Delta State, as well as finding a lasting solution to it, His Royal Majesty, Obi Pastor Solomon Chukwuka I, the Obi of Ute-Okpu Kingdom and some members of his community on Tuesday, November 4, 2020 held a prayer session to pray for their lives and the betterment of Ute Kingdom. 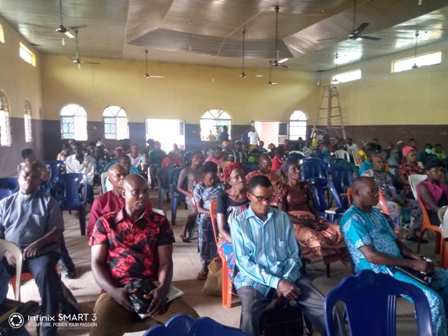 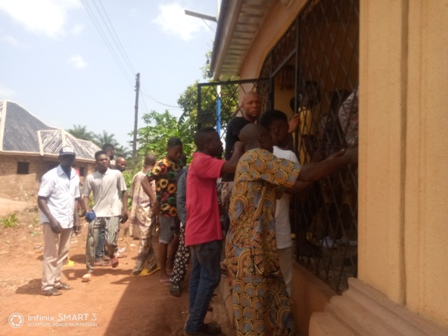 Enlightening the gathering on the dangers of hard drugs and self medications, Dr. Omumu said that hard drugs such as Tramadol, Nicotine and others of such nature are dangerous to the human body system. 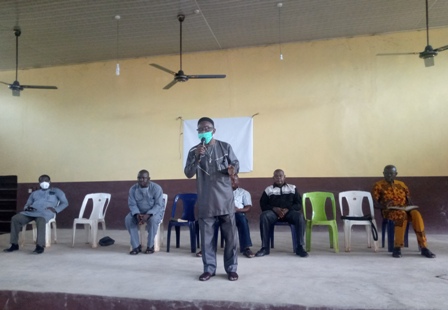 He stated that the medical results got so far from the sick youths of the community, whom he said were rushed to Federal Medical Centre (FMC), Asaba proved that 85 percent of them are dying every day, because of the intake of hard drugs and not COVID-19, Lassa Fever or Ebola as people think. He advised the youths to desist from such drugs so that they will last longer. 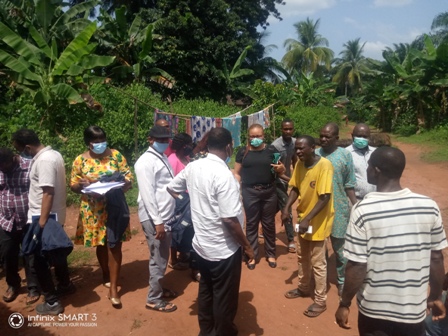 Another Ute-Okpu born Medical practitioner, Dr. Idiaghe, the Managing Director, Anioma Hospital, Boji – Boji Owa, spoke on the dangers and implications of hard drugs. He thanked the Royal Father for facilitating the expansion of the Ute-Okpu community Health Care Centre to a General Hospital. He emphasised that the youths are not dying of Lassa fever or Ebola, saying that if it were to be Lassa fever or Ebola as they were thinking, the situation would have been worse.

Speaking further, Dr. Idiaghe said, “children of nowadays are giving the community a bad name by going into hard drugs and living wayward lives.” He, therefore, advised the youths to look for better things to do with their lives, rather than killing themselves.

In the same vein, the President, Ute-Okpu Development Union (UDU) Mr. Joel Oshiegbu and others who were given the opportunity to speak, advised parents to always call their children to order anytime they notice strange behavior in them, or see them going out with “unfriendly friends.” They charged the youths to desist from the intake of hard drugs, particularly “Gegemu,” which they said is very dangerous to health, but sadly, “the youths of Ute Kingdom and its environs have turned into their daily bread.”

All efforts made by our correspondent to hear from the Obi as regards the cause of the mysterious deaths, proved abortive. He only said that he was contented with the Word of God that was preached and the words of advice from the medical practitioners and others who spoke.

When our correspondent got to Idumuesah where the mysterious death have claimed the lives of over 38 youths from different quarters of the community, he met angry youths barricading the entrance to the house of the Okparan –Uku of the community, agitating that he and other Elders of the land should go and appease the gods of their ancestors and stop pretending as if they do not know the cause of the mysterious deaths in the land. The Okparan-Uku was spotted having a meeting with Health Officers from Asaba.

Leading the Health Officers to the residents of the sick youths in the community, the Chairman, Idumesah community, Mr. Chukwudi Ashien Ijegbulem said, “The people of Idumuesah community are seeing what they have not seen before. Over 3 persons, youths ranging from the ages of 15-32 years old, die every blessed day. Over 38 persons have died since October 12 till date. We are calling on Nigerians to help pray for our community.”

Ika Weekly Newspaper also gathered that the brief meeting with the State Health      Officers and some elders of Idumuesah community was majorly on how to improve medical facilities in the community. All efforts made to interview the health personnel on ground proved abortive.