Ned Nwoko Gets a Surprise Party for His 62nd Birthday 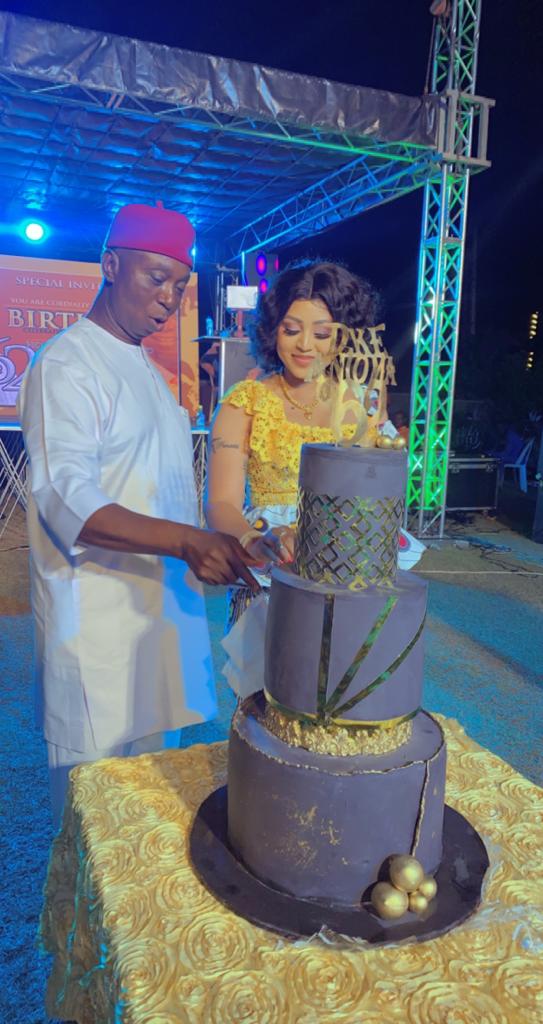 Ned Nwoko Gets a Surprise Party for His 62nd Birthday, See His Reactions eactions
By: Juliet Ugah
Prince Ned Nwoko, the Delta North People’s Democratic Party (PDP) senatorial candidate, and husband to the beautiful actress, Mrs Regina Daniels-Nwoko, has been treated to a surprise birthday party, organised by his wife, Regina and Dr. Michael Nwoko, aka “The political Oshobe”, director, Contact and Mobilization, Ned Nwoko campaign organisation.
The sexagenarian turned 62, on Wednesday, 21 December. His wife, Regina, who priorly took to her Instagram handle to note that her husband does not celebrate birthdays, however, said she would love to celebrate him “on the day he was born”.
Regina made the invitation an open one. As expected, Nwoko’s compound was full with scores of well wishers.
Reacting, the leading senatorial candidate said, he was really surprised, noting that this is the first ever birthday party he had had. He showed praises on his wife, Regina, saying that he is happy having her as his wife. He admired her strength, commitment to work, and her exemplary family lifestyle. 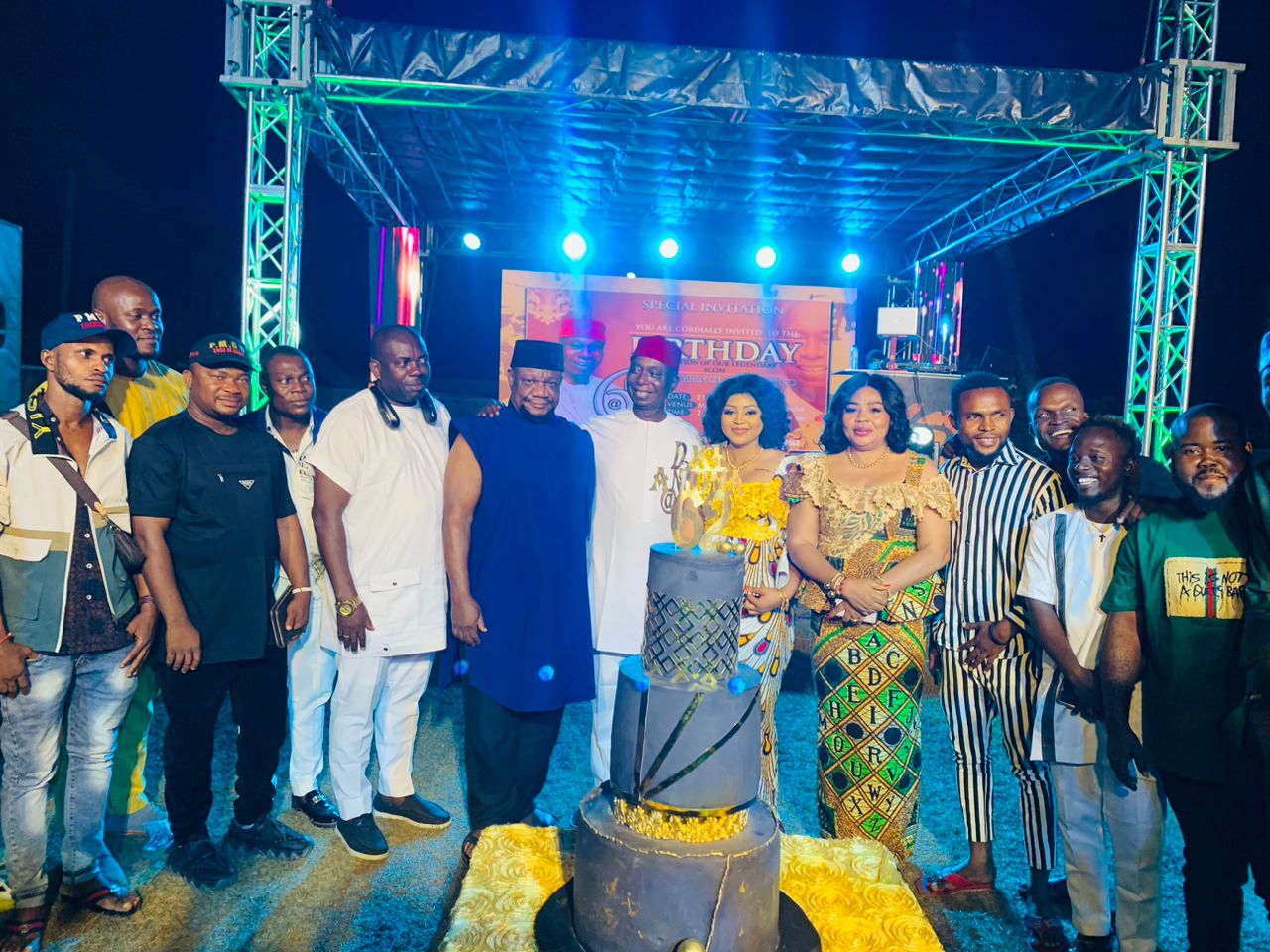 Nwoko, however, pleaded not to be treated to a surprise birthday party again. The sexagenarian said, he would rather prefer to put together all the resources meant for the birthday party and take them to orphanage homes and celebrate with them instead.
While giving the vote of thanks, Dr. Michael Nwoko, affirmed that, he is aware that his brother, Ned Nwoko, does not celebrate birthdays, but, he (Ned Nwoko) deserves to be celebrated, given that he has transformed many lives for better and has sacrificed a lot for humanity.
The party was well attended by good numbers of Anioma traditional rulers, People’s Democratic Party (PDP) members, Nollywood actors, and numerous well wishers, including myriad of kids from his hometown, Idumuje Ugboko.
The party did not end without the attendees being treated to a live performance, by the veteran hip hop star, Faze.