NEED FOR NIGERIAN YOUTHS TO GET FOCUSED BY ONYEKPEZE 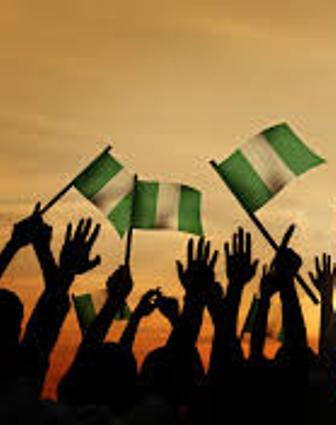 NEED FOR NIGERIAN YOUTHS TO GET FOCUSED

It has now become cliché that today’s youths are the leaders of tomorrow. However, this is the belief all around the world. It is appropriate to say that every father and mother want their children to be successful and great in life. It is therefore abundantly clear that this is the fundamental reason for giving the children basic education. However, it is sad to say that the youths who are supposed to have been our future leaders are been clearly seen to be involved in immoral acts as well as illicit business that affect their health and future career.

It is annoying also to say that most of our youths who are supposed to have been pursuing academic career are now in one prison or the other serving various jail terms as a result of theirs unruly and illegal behaviuor like cult activities, armed robbery, rape, kidnapping, abuse among many others.

Permit me to say that as you climb the ladder of success, diligence must be your only guide along the path. In others words, note precious time wasted cannot be regained based on an adage which states “Opportunity come but once”. What it implies here is that only morally upright and God fearing youths can play meaningful roles in the society. There is no need therefore for youths to eschew negative tendencies like laziness, cult activities and hooliganism.

Obviously, it is most appropriate to recall that the youths brought up under the bitter colonial period imperialism (British rule) as an evil and also provoking that must be overthrown colonialism and bring in freedom and liberty for the people. In order to achieve these, the West African Students Union (WASU) Nigerian youths Movement (NYM) and other youths associations both at home and in the diaspora fought and secured independence for Nigeria. Notably among the youths Engr. Herbert Macaulay, Rt. (Hon) Dr. Benjamin Nnamdi Azikiwe, Chief Jeremiah Obafemi Awolowo, Sir (Alhaji) Abubakar Tafewa Balewa, Chief Anthony Enahoro among others were guided by the forces of nationalism and patriotism in their youthful days. I think and believe this was possible because the quest for greed was far from their inspiration and Nigerians are still enjoying the fruits of their labour currently that must never be in vain, AMEN. 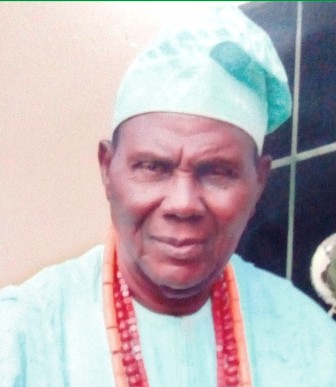 For example, the NYM that was formed in 1938 called for the total abolition of colonial political system and the removal of indirect rule administration (IRA) among others that were unfavourable to the educated Africans. Let me alert you that Nigerian youths are the most creative youths in the world and as result, we should encourage the Nigerian youths who you must agree with me have suffered prolonged repression and abandoned and make them to speak the truth, love and energy with one voice to move the country generally to the greatest height of attainment. To this end, the youths should monitor the performance of our leaders in any place, and where necessary they should be voted out of power for not performing in the forth coming elections. In order to successfully execute this, the youths must always stand firm, never feel frightened intimidated from any one no matter highly or lowly placed in the society, respect constituted authorities, criticize constructively and think of what they can do for the nation and it is not a taboo for youths to rise again and rule this Nigeria nation the giant of Africa once more. In order to efficiently and effectively achieve this, the formulate workable policies while Parent should encourage youths to work hard. There must be a value re-orientation so as to promote integrity, discipline, equality, justice and avoid exhibiting inferiority complex at any time and place.

You will all agree with me that Youth is a phrase between childhood and adulthood. In line with the revised National Youth Development Policy {NYDP} For Nigeria, a Youth is any person between the age of 12 and 35. Furthermore, youth are regarded as the corner stone of any society because they constitute the bulk of the most vibrant, energetic, and most productive sector of the population. They are also regarded as the store house for the nation’s continuity, development and growth.

As future leaders, Nigeria youths are looked unto as quality leadership and unalloyed patriotism to their fatherland. However, present day Nigeria youth to whom little have been given and from who of much are expected, would invariably do little or nothing to offer back to Nigeria and Nigerians thus justifying the extent of their neglect and frustration.

No doubt, Nigeria remains a sleeping giant in Africa due to her failure to properly harness and develop her abundance of latent human resources as a result of which youths remain incapacitated, indolent, under developed and potentially depressed. It is crystal clear that average Nigerian youths of today are faced with fear and hopelessness, unemployment, hunger, frustration for and confusion among many others.

However, the society exemplified in such institution as religion, schools and clubs among others help in the socialization of the people, especially the youths. This class remains the most vibrant, inquisitive and hope of any society.

To be frank and sincere, the success or failure of any country lies in its ability to manage its youths.

It is a truism to say that pre-colonial African society of which modern Nigeria was an integral part was especially that which recognized humility, respect for elders, excellence , communal laws, selflessness, care for the extended family, high morally and diligence.

A lot of these ethos were built in an organized system or culture which the youths learnt through informal education. The essence was to make them responsible members of the society, equipped with a nationalist enthusiasm to face life and communal challenges. The colonialist met this arrangement before conquest and subjugation of the Nigerian people. The youths brought up under the bitter colonial period saw imperialism as an evil that must be overthrown.

Nigerian youths born and brought up during military rule differed from those earlier discussed. The reason is clear, namely that democracy and democratic ethos were completely absent from Nigeria’s military rule which brought about the militarization of every segment of our national life, from government houses to the family units. This brought to a large extent youths restiveness and aggressiveness, students unrests and many other social vices that had faced and affected our collective development efforts as a nation.

Despite that fact we have experienced civil administration for years, it is unfortunate to say that the Nigerian government and other segment have not been democratized.