‘WORK CARRIED OUT ON OROGODO RIVER IS DE-SILTING, NOT DREDGING’ –IVS 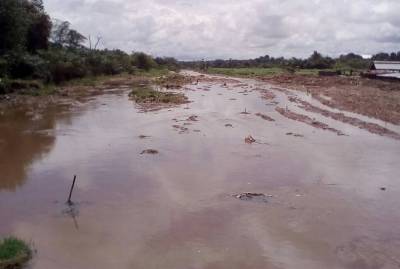 Ika land has been awash with joy over the past weeks as they have been led to believe that their clamor for the dredging of Orogodo River which has lost its glory has been answered by the State Government on seeing swamp buggies and other heavy duty machines in the river, and also the Inspection of the project on two different occasions by the Delta State Commissioner for Environment, Barr. John Nani. It has been discovered that the project, a Direct Labour which was handled by the Ministry of Environment, was ‘DE-SILTING’ of the river, to clear water ways, in response to the flood alert by the Nigerian Meteorological Agency (NIMET) and not dredging of the river as many have been led to believe. 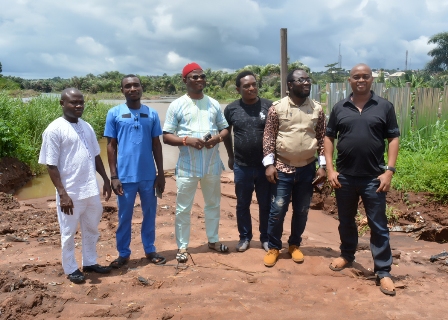 This discovery was made after a delegation of Ika Village Square members (IVS), led by the Chairman of the group, Chief Jude Ogbekile, was sent to monitor work at the River, but on getting there on Monday 24th July 2017 met the site empty, with no swamp bogey or workers in sight, the only swamp bogey sighted was that belonging to the contractor who tried dredging the river about 6 years ago, a bogey that has since been submerged by the water.

It has also been gathered that the approval for the clearing of water ways/channels (DESILTING) was for, Orogodo, Anwai and Isheagu Rivers respectively, and the channel clearing at Orogodo River has been concluded, with plans on ground to move the Swamp Bogey to the next site. According to a situation report, dredging of a river is capital intensive, and can only be done during the dry season, after approval from the State Executive.

During the visit by the IVS Chairman and other members of the forum to the River, it was discovered the debris which were cleared from the water way in order to aid free flow of water, a measure to prevent flooding the area, has started finding their way back into the river, as they were not properly cleared and removed from the river bank.  They also noted that if proactive measures are not taken to stop residents from dumping refuse in drainage, any work carried out by the government on the river will be futile, as the refuse will still find its way back to the river, they therefore called on Ika residents to follow the approved ways of waste disposal, which is by patronizing Private Sector Participants (P.S.P). 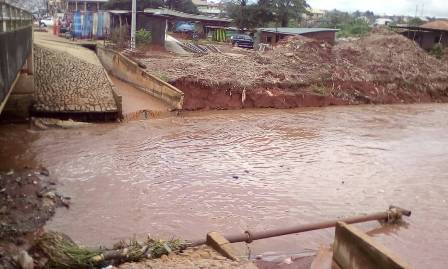 In the same vein, Ika residents have commended Ika Village Square (I.V.S) members for the inspection, and urged them to continue their good work, by monitoring other projects, to ensure they are not abandoned, adding that they remain a strong pressure group to be reckoned with in Ika land.