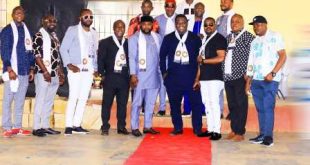 History was made on Wednesday 16th May 2018 as Obukohwo Demonstration Primary School Ughelli beat Pessu Primary School Warri in a thrilling football encounter to emerge winners of the maiden edition of Delta State Head Masters Cup 2018.

The competition coming in the hills of the Principals Cup for Secondary School category organized in 2017 saw Obukowho team beat Pessu team by two goals to one in a final match played at Agbor township stadium. Thanks to the two early goals scored in the first half of the keenly contested encounter that thrilled spectators, including the Governor of Delta State, Sen. Dr. Ifeanyi Okowa.

In his welcome remarks, the Honourable Commissioner for Basic and Secondary Education, Barr. Chiedu Ebie disclosed that 497 private schools across the 25 local government areas of the state took part in the epoch competition, expressing optimism that in subsequent tournaments, there would be more participants. He assured that they will continue to do their best to encourage sporting activities in the state.

He thanked Governor Ifeanyi Okowa for his support and encouragement towards ensuring a proper organization of the event. He disclosed that in addition to representing Delta State at the Channels kids cup competition taking place later this month, the winning school will take home the cash price of seven hundred and fifty thousand naira as well as the trophy, the 2nd placed team will take home five hundred thousand naira, and the third placed team will go home with three hundred and fifty thousand naira. Individual awards and cash prices were given to the highest goal scorer of the tournament, Ajitoro Onuaro from Pessu Primary School Warri, the most valuable player, Okoro Emmanuel, and the best goal keeper, Okri Iruoghene who conceded a lone goal all through the tournament.

By virtue of winning the cup, Obukohwo Demonstration Primary School will automatically represent Delta State at the Channels kid’s cup completion which will kick starts on the 21st of May 2018.

Congratulating the winners of the tournament, Governor Ifeanyi Okowa expressed satisfaction at the quality of football played by both teams, saying that it is encouraging to have 497 primary schools participate in this maiden edition.

He commended Barr. Chiedu Ebie and his team for a job well done. He also commended Delta State Sports Commission for collaborating with them. He stated that he is very impressed with the outcome expressing his believe that the 2nd edition of the competition will record more participation.

As a way of encouraging grass root sports development, he promised to convey 22man Obukohwo team to Lagos by flight for the Channels kids’ cup competition, noting that the school is a symbol of Delta State, urging them to be well behaved.  He also promised to take care of the captain of Obukohwo team, Esharejero Kparabor who displayed ability in his disability.

Share
Previous PROPOSED NO PARKING ORDER, OKADA RIDERS BARE THEIR MINDS
Next WE DO NOT KNOW ENOUGH OF OKOWA – Ika Residents 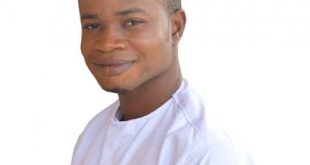