The Delta State Government has reiterated its resolve to strengthen primary health care delivery system in the state. Dr. (Mrs.) Isioma Okobah, The Chairman Delta State Primary Health Care Development Agency, made the statement at Igbodo on Tuesday, February 20, 2018, during a tour on health centers in Ika North East L.G.A of Delta State. 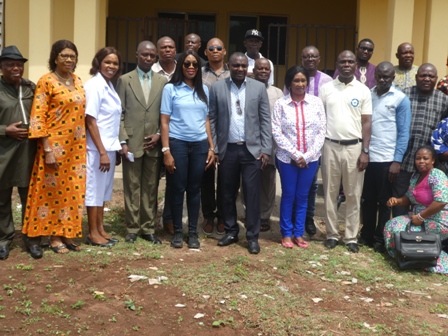 The state primary health care development Agency Chairman, who was accompanied by Hon. Barr. Victor Ebonka, Chairman Ika North East LGA,Vice Chairman, Hon. (Mrs.) C. Anazia and the Supervisory Councillor for health in the Local government area said the visit to the comprehensive health care centre Igbodo, was aimed at assessing the state of the health centre, the equipment and other needs of the health centre towards achieving quality health care delivery for members of Igbodo Community and her environs. Continuing, Dr. (Mrs.) Isioma Okobah, who is also the Executive Assistant on E-Health Programmes to His Excellency, Senator Dr. Ifeanyi Okowa, the Executive Governor of Delta State, noted that the state governor is poised in the provision of accessible and quality health care delivery in all the primary health centres in line with the SMART AGENDA Programme, which further introduced the community health insurance scheme with five pilot health centers, namely; Owa-Alero, Idumuesah, Otolokpo,Owerre-Olubor and Ekwuoma Primary Health Care Centres.

In a brief speech, the chairman of Ika North East LGA, Hon. Barr. Victor Ebonka, thanked the State Governor, Senator Dr. Ifeanyi Okowa for bringing health care to the door steps of the rural dwellers. Continuing, he appreciated the commitments of members of Igbodo Community, the State Government and the European Union, who through their partnership and contributions enabled the community to realize the establishment and rehabilitation of the recently commissioned comprehensive health care centre. 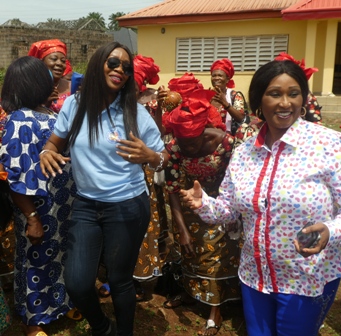 The Local Government Chairman commended the efforts of the partners which has greatly transformed most rural communities that have keyed into the system.

He assured that having gone round the various wards and seen the equipment in the hospital,  the local government will send in some of her health personnel to the centres in order to ensure that the facilities are used to satisfy the health needs of members of the community and her environs.

Continuing, Hon. Barr. Ebonka stated that his administration is committed to the health of her citizens, as on assumption of office in January 2018, he declared a state of emergency in the health centres.

Welcoming the visitors to the health centre, Deacon Matthew Okwaje, the President General of Igbodo Development Union (IDU) Worldwide appreciated the State Governor, Senator Dr. Ifeanyi Okowa, whom he stated mandated the chairman of Delta State Primary Health Care Development Agency, Dr. (Mrs.) Isioma Okobah and the Chairman of Ika North East LGA, Hon. Barr. Victor Ebonka, to visit the comprehensive health care centre on his behalf, after the community had written to him requesting for health workers to manage the centre, hence the visit to ascertain what members of the community have done, so far and to also note what is remaining to be done. Saying, “We are very grateful to his Excellency Senator Dr. Ifeanyi Okowa, for his commitment in providing quality health care for the community”.

Continuing, the President General of IDU Worldwide, used the opportunity to thank His Royal Majesty: the Obi of Igbodo Kingdom, Obi (Barr.) Ikechukwu Osedume 1 and the entire indigenes of Igbodo Kingdom all over the world, for their support and cooperation whenever they have major projects to embark upon in the community.