OKOWA, COMMITTED TO THE HEALTH CARE OF DELTANS

.The Chairman of Delta State Primary Health Care Agency, Dr. Isioma Okobah has described the Governor of Delta State, Senator Dr Ifeanyi Okowa as a passionate person committed to the health care of Deltans especially those in the rural areas. 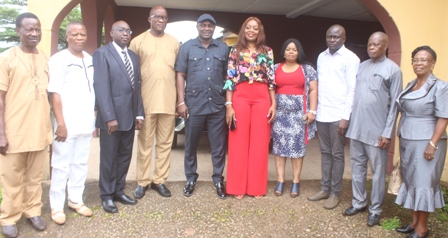 She further noted that innovations have been added to primary health care facilities across the State to meet with the aims and objectives of the primary health centres.

Addressing Members of the Local Government Health Authority, Dr. Okobah said the Local Health Authorities is key in the realization of the Primary health Care Under One Roof (PHCUOR) stressing that the idea is to create synergy and enabling environment for improvement of the health care of the people.

While expressing her satisfaction with the calibre of the members of the group, Dr. Okobah disclosed that the State will in October perform the Maternal, Neonatal Tetanus Elimination campaign and urged the Authority to make the campaign successful.

Earlier in his remarks, The Chairman of Ika North East Local Government Area, Hon. Victor Ebonka said the members of the committee were carefully selected and appointed in accordance with the law establishing the Delta State Primary Health Care Development Agency.

He enjoined them to bring out their best in the discharge of their duties and to ensure that the people of the Local Government Area are Health.

Responding on behalf of the inaugurated Authority, The Executive Secretary Dr. Oduvwu Paul promised that they would justify the confidence the Local Government has in them in the discharge of their duties.