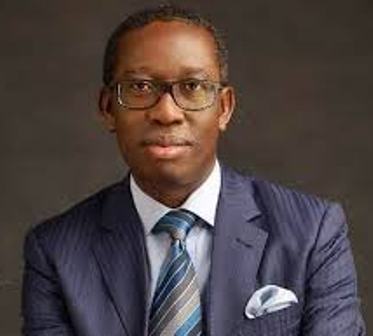 Speaking, the Okparan-Uku appreciated those in attendance very much for honouring the invitation and for contributions to the growth and development of the community.

“I want to thank you all, my children for deeming it fit to assemble here at my request and for your support so far. The purpose of this gathering is enable us share ideas together, discuss and deliberate on issues that will better our land.

“We all know our pains, which include lack of attention by the Delta State Government. It has become obvious that Delta State Governments led by our son, Sen. Dr Ifeanyi A. Okowa has failed us in areas of infrastructural development. I am aware that in 2015, during Delta State Governorship Campaign, His Royal Majesty, Dr. Emmanuel O. Efeizomor II (JP) OON, personally came to campaign for Sen. Ifeanyi Okowa, telling us that Okowa said he would tar our roads, employ our youths and make life better for us. But his first tenure has come and gone and he has only three years to complete his two tenures of eight years in office, yet no single road has been asphalted by Governor Okowa. Also, our unemployed youths are not given employments, and we have not seen any good thing on ground that the State Government has done in Owa-Alizomor Community,” he said.

Continuing, he said, “Today, I want us to come together and ask Sen. Dr. Ifeanyi Okowa what Owa-Alizomor community has done wrong to deserve this neglect. I am aware that there is no single community in Ika nation, if not Delta State today that is as ugly as Owa-Alizomor. In this modern age where several communities are enjoying good roads, water and other infrastructural development, elders and youths of my community still fix days to clear bushes along the road to their respective houses; what a big shame!”

He then appointed persons to the state house and to meet with HRM, Obi of Owa to remind him of the promises he made to Owa-Alizomor Community on behalf of the Governor.

The community however acknowledged the Governor for making their son, Hon. Barr. Victor Eghen Ebonka, the LGA chairman, and the appointment of Hon. Princewill Onuodafin as SA to the Governor.

They thanked the Local Government Chairman, Hon. Ebonka for facilitating the provision of a 500 KVA Electricity Transformer and for the ongoing market project he has embarked on in the community. They prayed God to give the chairman the strength to do more.

READ ALSO:WHAT GOVERNOR OKOWA MUST DO FOR IKA NATION

They also appreciated Hon. Tony Elekeokwuri, Member representing Ika North East Constituency, whom they said facilitated the Hospital Project in Owa-Alizomor community. The Okparan-uku also used the medium to thank the former Legislative Assistant to Elekeokwuri, Hon. Princewill Onuodafin and Mrs. Maryjane Usuegbe, the contractors who handled the project on behalf of Tony Elekeokwuri, for a job well done.

Speaking on behalf of members’ of Onyedozihien, Boji-Boji Owa branch, the Chairman of the Association Revd. Stephen Agbobu thanked the Okparan-uku for his fatherly love and understanding. He noted that he would be the happiest man on earth if the State Government remembers Owa-Alizomor Community.

Mr. Okafor Afule, who also spoke on behalf of the youths, said,” Our problems are not from the State Government alone, but more from the people we call our grassroots political leaders. If we are apportioning blames to the State Government, the blame shouldn’t be much, because if those we refer to as our grassroots political leaders are actually there for us to fight for our interests, I believe that by the time they prepare to meet the Governor to let him know the challenges their community is facing, the Governor will do something about it.”

Continuing, he further stated that it is very painful that Owa-Alizomor, which is majorly a PDP community, has not recorded any meaningful development since five years of Sen Dr. Ifeanyi A. Okowa resumption of office as the Executive Governor of Delta State.

Also speaking on behalf of members of Owa-Alizomor Development Union (ODU), Mr. Ben Moseri commended the Okparan-Uku and other Elders-in-Council for nominating some persons to visit the Obi of Owa. He said he was very happy about that single effort of the Okparan-Uku, because he was among those who welcomed the Obi to the community in 2015 as he campaigned for Governor Okowa’s 2015 gubernatorial race and made a lot of promises to them, which are yet to be actualized after the governor’s five years in office.

Former youth leader, People’s Democratic Party (PDP) in Ika North East, Comrade Alfred Idehen said the Local Government Council Chairman, Hon. Barr. Victor Ebonka who had a crucial meeting with the Governor and other officers in Asaba had asked him to represent him at the meeting. He said that the Council Chairman said he was solidly behind the Community.

Also, the former Youth Leader charged youths whom he said had not been associating with the developmental activities in Owa-Alizomor Community to endeavour to do so forthwith so that together, they would move the community forward.