The construction of the second bridge by the railway, connecting the dualization of the Old Lagos/Asaba road reconstruction project by the Senator Dr. Ifeanyi Okowa-led administration in Delta state, after several years of neglect by previous administrations, has continued to attract applause and commendations from critical stakeholders and residents of Boji Boji Metropolis in particular and Ika nation in general.

Some of those who spoke during a visit by Ika Weekly newspaper reporters on Monday March 12, 2018, to the new bridge by the railway to ascertain the level of work done at the bridge and the re-construction of the Old Lagos/Asaba road project, said Governor Okowa should be commended for taking proactive step in providing good road networks for the people of Ika nation. 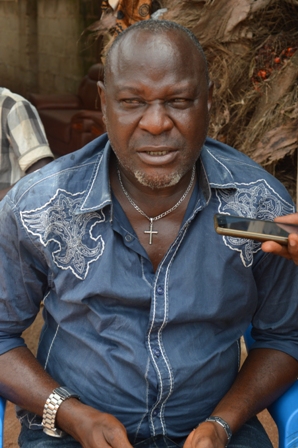 While appraising the quality of work on the road and the newly constructed bridge, the residents of Boji Boji Metropolis also appreciated the efforts of the Hi-tech Constructing Company which they noted is doing a very good job on the road. They specifically appreciated the project engineer, Engr. Elias, the foreman Engr. Haruna and the entire work force of Hi-tech Construction Company, for the wonderful work. The residents expressed satisfaction with the level and quality of work on the road. 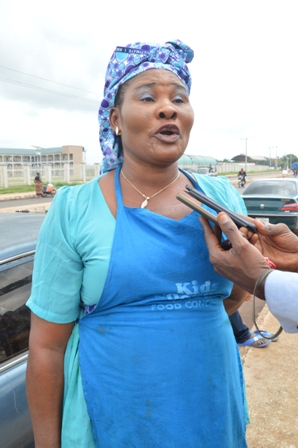 According to Mr. Godwin Oyiboka, a businessman, “The present work on the Old Lagos/Asaba road construction, is quite commendable, the efforts of our amiable governor His Excellency Senator Dr. Ifeanyi Okowa, on road construction across the state is indeed encouraging. The benefits of having a good road like the present Old Lagos/Asaba road, is quite enormous; it is not as if one is trying to exaggerate. When something is good, you should be able to know that this thing is good indeed, by then you can no longer compare it to how it was in the past; so I think the efforts of the state governor is really commendable. For the commitments and efforts which he has shown so far, I think we should allow him to go for a second tenure come 2019, so that he will do more” 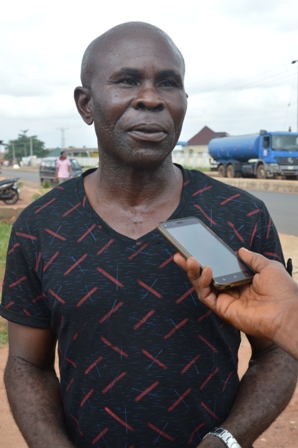 On his part, Mr. Nkenchor, a civil servant, said, “Since the regime of governor Ifeanyi Okowa, there has been a lot of improvement on the Lagos/Asaba road; if the commitments on the road was so in the past, the construction of the road wouldn’t have taken such a longtime, based on that, the man; Governor Ifeanyi Okowa is trying. I wish he continues like this all through his stay in office. Personally, I give him pass mark mostly because of his efforts on this road”.

In his contribution, Mr. Chuks Nwokolo, the director of Chuks Construction Company, Owa, said, “the construction of the Old Lagos/Asaba road by the state government and Hi-tech the contractors handling the project, is very nice, they are really trying, if previous governments who started work on the road, had worked as the state governor is now working; they would have forgotten about this construction project, a very long time. We are praying God to grant the governor long life; even the contractor that is handling the work is really doing a marvelous work; hopefully, in 2019 we will all vote for Okowa to come back by the special grace of God. Personally, I am benefitting from the magnanimity of His Excellency, through the job creation office in Asaba, they are bringing boys for me to train, so I am optimistic that by 2019 he will still continue for a second agenda programme”

Mrs. Sandra Okonta, a business woman said, “The Hi-tech contractors handling the Lagos/Asaba road project, did a very good job by making the road motorable for the masses as they have made life easy for people that are doing business (shop owners) close to the road; they are having patronages from customers, who now have a very good road to drive on.

Speaking about the efforts of His Excellency, I will give kudos to him because he has tried , we are all aware that the contract for the road construction has been awarded over sixteen years ago, we will see that during his tenure he tried very well, because the road will surely be completed in his time. Having performed credibly, I want to encourage the masses to come out en-mass and vote for the state governor come 2019, so that he can do more for us; again, he is one of us and it is a great privilege for us the people of Ika nation”.

In the same vein, Egbe Special, the Managing Director of Egbe Special Food, opposite Ogbemudein Model Secondary School, Agbor said, “The construction of the old Lagos/Asaba road is very fine, the state governor is trying; even the sweeping of the road every morning by SEEFOR is quite commendable as it makes the whole place look neat and beautiful. With the state of development, we will like the governor to continue in 2019, so that majority of our rural communities will benefit from the infrastructural developments going on across the state”.

Mr. Sunday Ikechukwu, a vulcanizer, said, “the construction of the road is quite okay, however, we still plead with His Excellence to bring more projects to Ika Land because being a son of the soil, this is the opportunity for him to have a lasting legacy for which he will forever be remembered for; Indeed I really appreciate his efforts compared to the previous governors that were there, we have never had it so good and I strongly believe, that if he comes back for second tenure in 2019; there will be further transformation in Ika nation”.

In a related development, Mr. Emmanuel said “By the special grace of God, we believe that everything is getting better unlike before, looking at the road now, we can see that there is development in Ika and we still expect more from him. However, anybody that has a way of supporting His Excellency, in achieving his prosperity for all Deltans, should not hesitate to do so. For the contractor handling the project, they should still add quality to the road; you can see what happened now at the turn over, when Dangote truck was passing there, it caused a deep hole so they need to improve on the quality in order for the road to last long. If I was to rate the governor on his efforts and achievements so far, I will give him Ninety percent because he is working very well and I will still appreciate he continue the good works when he has emerge victorious in 2019, because by God’s grace I will want him to come back as the state governor.

Mrs. Tina Okobia, a businesswoman, said, “It is quite a joyful thing, that after many years, Agbor Urban has come to enjoy good road, though the pace of construction has been slow but the outcome is what gives joy to the people; we quite commend our governor and we pray that God will empower him to look into some  other roads because the geographical setting of Agbor, is prone to erosion and if only this is checked and the inside road network is not checked the erosion will continue, so more jobs have to be done in terms of road construction. The Governor is our own son and brother, we want him to be back in 2019, for second tenure, in order to make more impact in the life of the people; a lot has to be done in Anioma, not just Ika nation, because this is the chance that we have, after so many years. It is my prayer that he comes back for the second tenure. However, Ika indigenes should work together to support the governor, both in wise counsel and not being self centered because there are many people who dance round the corridor of power for their own selfish interest, such people should allow the governor to work for the masses”.