Sequel to the accident that happened in the early hours of Monday, 8th of April, 2019, at Uromi Junction by former Mr. Biggs, whereby a Dangote truck driver,  driving against traffic  killed a young boy walking across the road to have his breakfast.

The dead victim has been identified as Onyeajam Wisdom Chukwuma, a 19 year old boy and an apprentice at an auto mechanic workshop. Wisdom was the first male and third born child in the family of Mr. and Mrs. Onyeajam, a family of seven. He was said to be serving as an apprentice at the auto mobile workshop while  waiting for his elder sister, Blessing, to round up her university education at Ambrose Alli University, Ekpoma, so he too could further his education. 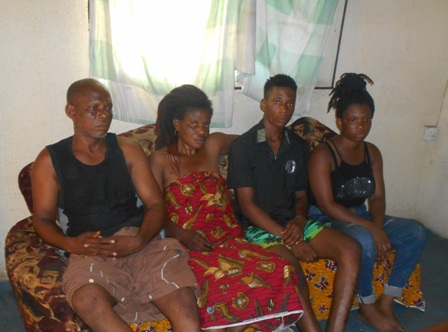 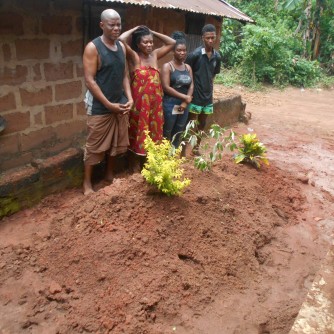 Ika weekly reporter who visited the family at their family house in Igbanke said members of the family were in deep sorrow over the sudden demise of their son and brother, Wisdom.

The immediate elder sister of the deceased, Blessing could not hold her tears as she told our reporter how much she will miss her brother and wondered how she would leave without him. She disclosed that Wisdom had a comforting personality expected to bring hope to the parents and the family saying that he often called her on phone to check on her at school and felt bad when she complained about not having money. That he even sometimes borrowed money from his friends for her.

His mother, Mrs. Onyeajam, in tears lamented how her first son had promised to advance his mechanical skills by learning the electrical aspect before acquiring university education to be able to support the family financially.

Mr. Ifeanyi Onyeajam, the father of the deceased was short of words but was able to disclose that his son Wisdom wanted to be highly skillful as he was aiming to acquire mechanical and electrical skills rather than roaming the street. Unfortunately, he traveled out of the world prematurely.

Wisdom has been buried since Tuesday, the 9th of April, 2019.

0Shares
0 0
Share
Previous THE REBUILT UWEIFO PRIMARY SCHOOL, A BEAUTY TO BEHOLD
Next DANGOTE TRUCK BURNT TO ASHES IN AGBOR