Professor Francis Ofurum Arimoro, an astounding scholar par excellence in this interesting and inspiring PERSONALITY OF THE WEEK interview with IKA WEEKLY NEWSPAPER Crew, reels out his life’s work and journey, his admiration and love for not only his father whom he attributes as his biggest role model and mentor, but his avowed belief in  God  and his unshakable  resolve to  serve humanity.

With years of devoted academic pursuits and exploits both at home and abroad, most importantly of which is his study and  research on the potentials of the Orogodo River, with intimidating resume and an infectious passion for knowledge, there are inspiring lessons to learn from the works and life of this unassuming, self effacing, yet unmistakably confident researcher.

Professor Francis Ofurum Arimoro started his life like every other child. He was born in Benin City, into the family of late Elder and Mrs. James Ofiri Arimoro, on 20th April, 1970, in the now erstwhile Bendel State. He is the eldest son of six (6) siblings, started his academic journey from Orogodo Primary School, Agbor, Delta State. He only did two terms there, as his parents were transferred to Makurdi, the capital of Benue State where he was enrolled at St. Theresa’s Primary School, Makurdi. There he obtained his Primary School education and later gained admission into the very prestigious Mt. St. Gabriel’s Secondary School, Makurdi from 1982 to 1987.Upon completion of his secondary education, he was again offered admission to the renowned University of Jos from 1988 to 1992, where he graduated with a Second Class Upper Degree in Zoology.

While an undergraduate, his scholarly feats and endeavours did not go unnoticed thus earning him several awards and accolades. He won the admiration of both students and academic staff within and outside the University. He was unanimously voted the Best Student in Academic Excellence from the Faculty of Natural Sciences, and also Best Graduating Student in Zoology along with prizes. Upon completion of his National Youth Service in Benin City, having taught at Lina Comprehensive School there in Benin City, he applied for his Master’s Programme from the same University of Jos, and in time earned a Master’s Degree in Applied Hydrobiology and Fisheries. He bagged a distinction in 1996.

He taught for several years in Jos and later Agbor, Delta State. He also worked in several private schools until he eventually gained employment at the Comprehensive High School, Igbodo, Delta State, and later on as An Assistant Lecturer in the Department of Zoology, Delta State University, Abraka.

Professor Francis Arimoro started his PhD studies and research from 2002 to 2007 at the Delta Stage University, Abraka where he did extensive studies on the Ecology of Orogodo River, publishing over 10 articles in journals and online. He was the First Student to earn a PhD in the Faculty of Science, Delta State University, Abraka in 2007.He rose astoundingly through the ranks and in no time was awarded the position of an Associate Professor of Biological Sciences at the Federal University of Technology, Minna, Niger State in 2012.He was later promoted and made Professor of Animal Biology in 2016.

Prof. Arimoro embarked on a One (1 )year Post Doctoral Research in Water Resource Management at the prestigious Rhodes University, Grahamstown, South Africa under the support and funding of Carnegie Rise Scholarship, USA from February 2009 to January 2010.During, this period, he was energetically involved in the Development of a Rapid Bio-Assessment Protocol for Nigerian Rivers using Multimetric and Multivariate Statistical Approaches. This project later got the Sponsorship of the International Foundation for Science (IFS) in Sweden till 2011.He was also, a visiting Research Scientist/Counterpart Lecturer of the Department of Fisheries, University of Namibia in August 2009 and a Visiting Scholar in the Department of River Ecology and Conservation, at the Senckenberg Research Institute and National History Museum, Gelnhausen, Germany from April to July 2014.

Despite his stellar personal academic endeavours, his greatest passion has always been in the areas of mentorship and capacity building. His eyes lit up as he spoke with fervour the influence his father, a stenographer, who wasn’t by most standards a wealthy man but believed in the power of education. He had no problems spending all he had to ensure that his children and wards attained the requisite qualitative education at any level. He was unrelenting in his resolve and determination to afford his children educational opportunities that he probably never got. This he did, with support from his wife, Mrs. Rose Onyemekehian, a trader. Together, they impacted moral, spiritual and academic discipline on their children and wards.

Prof. Francis Arimoro, said he inherited this trait from his late father and has actively been involved in mentorship programs and outreaches. His mentees today include six (6) PhD graduates, Fifteen (15) Master Degree Holders and over two hundred (200) undergraduates both locally and internationally.

As a young boy and pupil of Orogodo Primary School, he and his peers regularly took trips to the Orogodo River, to swim and play but even then as a child, he said he had an unusual curiosity and affinity to the river. He said he was irrevocably drawn to the dynamics and synergy of the river, and despite his naivety and innocence, he said he was certain of his convictions about the presence of organisms in the water body. This according to him, had such monumental impact on his psyche, and which later on influenced his academic choices and pursuits that spanned the course of his career and life. 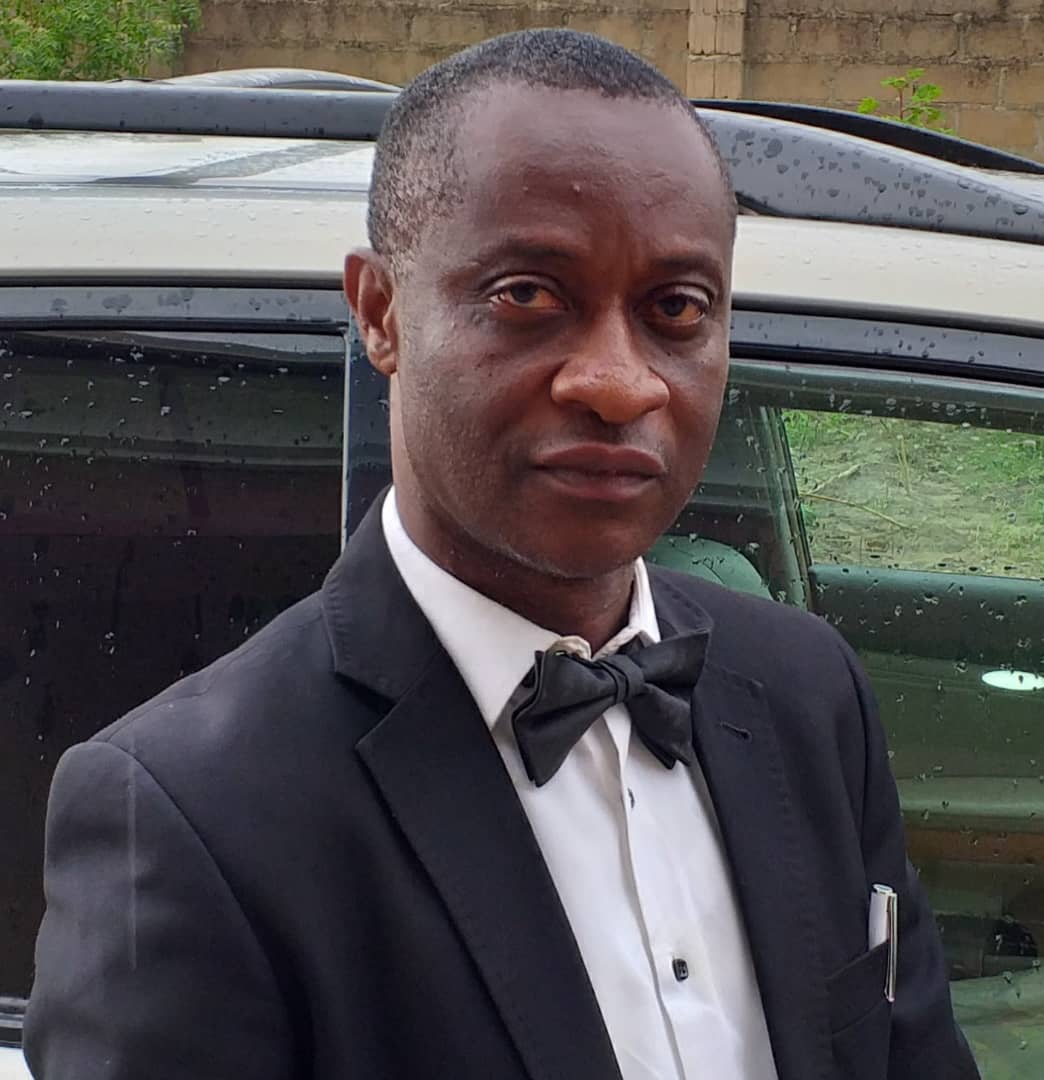 He recounted that he returned several years later to the same Orogodo River, while doing his PhD on “The Ecology of the macro benthic invertebrates of Orogodo River”. Following which he authored and published several articles and journals both locally and globally and on online academic platforms. The successes and in-depth quality of his researches and findings garnered international recognition and most notable at the time one Dr Piere Baleguel who was fascinated by one of the articles published in 2009. He said Dr. Baleguel promptly invited him to Yaounde, Cameroon to investigate the problem of the Black Fly Infestation which was the major cause of onchocerciasis (River Blindness), which was a huge problem in Cameroon at the time and he hoped to partner in a bid to discover a means of curbing the menace, through the use of simple biological and or chemical methods. The research is still ongoing in Cameroon and on the Sanaga River which coincidentally happens to be the longest river in Cameroon.

He added that presently, himself and some notable scientists and researchers started the exploration of the Orogodo River and its water bodies. He said with a team of over 15 people, they recently set out to investigate the water body, and the makeup of the Orogodo River which he describes as heavily contaminated due to the untoward and unhealthy practices of persons along the river. The Orogodo River has its source from Mbiri, which till date is near pristine, unlike the middle reaches in Agbor town which has suffered severe abuse and degradation over the years which has continued to pose severe   for not only the organisms but remains a huge untapped source of wealth and revenue generation for Ika Land. During the course of the researches, he announced the discovery of over 37 diverse species of fish, but unfortunately many of the organisms were and are unable to breed effectively as a result of environmental abuse and neglect, spanning decades. The exploitation, funded by Onu Ika group lasted for 24hours, and encountered heavy challenges. This prevented free passage and navigation on the river, but regardless, he’s optimistic that that the Potentials of the River will be achieved if the right laws and regulations are implemented effectively, by the government to ward off and curtail further abuse and degradation of the Orogodo River. He also, opines that adequate enlightenment and sensitisation of the public should be carried out to intimate the general populace on the importance of the River and its potential if properly harnessed, which he likens to “Searching for Diamonds in the River” He also spoke at length of the prevalent biodiversity in the river and the need to preserve and protect the water bodies. His study and research is still ongoing at the moment. 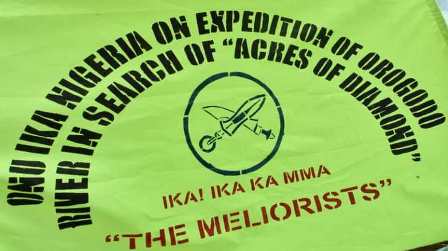 Through the years, he has actively and passionately being involved as an Aquatic Ecologist in Environmental Impact Assessment for several organizations, which include Oil and Gas Companies, as well as occupying the position of Panel Reviewer (Ecologist) for several EIA reviews organised by the Federal Ministry of Environment. He was involved as the Lead Consultant in the UNDP/GEF Fund for the Survey of the Status of Mangroves and Barrier Islands in Niger Delta and several other Biodiversity Projects. Prof. Francis Arimoro is an established scholar, researcher, educator and administrator par excellence. He is presently the Head of Department of Animal Biology at the Federal University of Technology, Minna. His research interest cuts across Aquatic Environment Monitoring, Environmental Resources Management, Environmental Impact Assessment, Environmental Sustainability, Water quality, River Conservation and Biodiversity. He has over 120 published articles with leading science publishers such as Elsevier, Springer, Taylor & Francis, Frontiers, Bentham, Wiley Inter Science and many others. Prof. Francis Arimoro is currently listed as one of the top sixty (60) researchers in Nigeria on Google Scholar with an H Index of 27 and over 1800 scientific citations and he is also the first listed Hydrobioligist/Aquatic Ecologist in Nigeria on Publons.

Professor Arimoro when asked about his opinions on the issue of youth restiveness and recent problems with the SARZ vs youth standoff/imbroglio, he opined that the Government had to a very large extent failed in its responsibilities to the youths and as such, had unwittingly created the menace as it were today. Youths he said lack the requisite institutions and paraphernalia to be productive and gainfully employed. A major source of income, according to Prof. Francis in the agricultural sector has remained untapped as the government has failed repeatedly in coordinating the sector effectively, by consistently involving the youths, who are the foundation stone of every society. This in turn has exacerbated the level of unemployment, leading to crimes such as internet fraud, kidnapping, theft and burglary and high level of irresponsibility prevalent among a vast majority of youths today.

Continuing Prof. Arimoro said Government has failed to effectively engage the youths mentally and as a result, there’s flagrant breakdown of law and order. He also apportions the necessary blames on the young ones, many of whom he said have failed to be self-reliant and ambitious, and are persistently chasing materialism at any cost, regardless of the long term effect. He admonishes them to tap into the goldmine, that is the agricultural sector rather than depend on internet fraud and other fraudulent means of acquiring illicit wealth. He condemned the modern craze by youths today to travel out of the country, to hustle and amass wealth.

TO BE CONTINUED NEXT WEEK