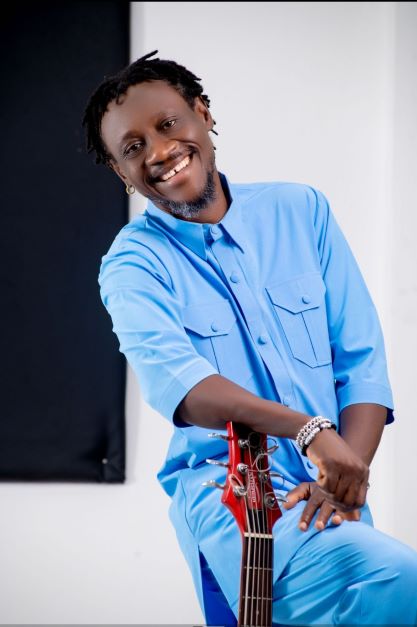 Joe Morgan, Eze Egu is celebrating 25years on stage and still standing is a stunning achievement as he is a proponent of the culture of the Agbor people. Coming from a background of a family of artistes and performers, Joe has held his head high sustaining the dynasty, making music and entertainment. He was groomed in the premise of his father, Dr. C.K Morgan, Oworwor King, renowned graphic artist, multi-talented and skilled instrumentalist, great story teller relieving folklores and myths in his golden tone voice. He led the Oworwor band and was known to have toured the entire Country with his highlife music acclaiming the Agborness and the pride of his royal root in Agbor Royal Court. The Oworwor and dance, is analogous to the famous Osiezi festival of Agbor Royal Court. The Oworwor band’s frequent local and national tours and shows were in tandem with the highlife music times of 1960 – 1990, the currency of the time and as was the routine of his contemporaries like legendary Rex Lawson, Celestine Ukwu, Osita Osadebe, Victor Olaiya, Eddy Okonta, Alli NwaChukuma, Sir Victor Uwaifo, Chief Ifeanyi Uwaya, aka Akwete. The social nightlife and social nite centres were saturated with highlife entertainment and social engagements. Remarkably, the Morgans provided abode for good stage performances and relaxation on midweek and weekends. A tradition that was only available in urban cities like Lagos, Kano, Enugu and Port Harcourt. 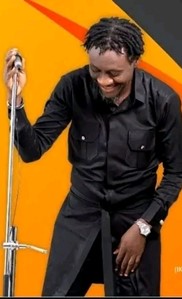 People of Agbor environ had great fun in recovering from the Nigeria-Biafran civil war in the seventies and post war eighties (1970-80) at such joints with soothing music. There were less of worries of insecurity, gangsterism, cultism, crimes and notorious activities. Artistes earned a living doing entertainment at night and engaging in other occupations while the day rolls on.  Though C.K Morgan was a phenomenon, his lifestyle was exponential and his music rendered life lessons, proverbial synonyms and instructions to the youths, elderly, troubled homes and the hurting. He touched every need of life, relationships, advocacy; cultural sustenance and revival. He brought a message for his generation and beyond. Today the lyrics of his music reverberates as evergreen. He had dexterity in playing the guitar. As children and teenagers sneaking into night shows of Dr. C.K. Morgan was an experience that cannot be easily laid aside. His band was a mix of maestro dancers, instrumentalists and his children were active participants. No wonder, Joe has not disappointed the fans through.

Jonathan Ihieka Onyen Morgan, aka ‘DatAgbor’, leader of the Morgans, has continued to project the legacy bequeathed to the generation next.  He has rechanneled the old tunes originated by the Dr. C.K. And has curated new and reversed tunes that lift heels at entertainment grounds. He is a mix of modern and contemporary arts and practice, fledging the old tunes in contemporary trends sets Joe apart on stage and studio tracks. His impact on social media through the Youtube channels and facebook sites present the Morgans as a global brand. Each of his stage shows are readily uploaded for entertainment that new fans are drawn while the regular fans don’t miss out of his bringing succor and life support to humanity through his music.

READ ALSO: I PROMOTE MY CULTURE WITH MY MUSIC – Joe Morgan

Joe, as fondly called, is a multi-talented and skilled musician, like his progenitor Dr. C.K. Morgan, a good and flexible dancer, captures moments on stage and strikes the cord when and how it soothes the audience. Joe has endeared the heart of the people of his local environment. A little further in philanthropy, he gives in seasons, providing empowerment, encouraging entrepreneurship and self-sustaining endeavours. Specifically, he has raised funds and provided start-up kits for young entrepreneurs.  Joe has been caught on camera severally distributing food items on the street and bringing joy to homes.  A Concerned Community Advocate, believes in the culture and traditions of his Agbor ancestral home. He has consistent campaigned against drug addiction and menace.

His tunes are in local dialect with some tweet of English language. No doubt his duet with renowned Chief Ifeanyi Akwete Uwaya “Nmu Agbor ni Enyin Kugbama” was a great heat, an accomplished work urging the sons and daughters of Agbor to unite, co-operate to build a virile society through worthwhile contributions, hard work, love and harmony in any capacity either in politics or in the business world. His love for the Agbor Kingdom and Ika nation is immeasurable. He has through various media advocated for blurring the seemingly dichotomy between the various clans in Ika Federal constituency. His contributions toward security issues and restoration of Nightlife in Agbor metropolis yielded some dividends. Joe’s participation in the erstwhile Ika Carnival holding every December was a delight and home coming for many in its social and economic ends. The event boosted economic and social activities and acted as a ploy to lure sons and daughters home for the end of year festivities.

Concerned with the development and sustenance of the great heritage of Agbor, he has endorsed several some economic and social trends in the entire Ika nation. Joe has toured Europe, Asia and America with his music, making the diaspora to feel and cherish the fun, happiness and home nostalgia; and a reminder that home is still the best. The band today has metamorphosed into a liberal and contemporary composition with the introduction of some wind instruments like the saxophone, acoustic guitar, peculiar drum sets and keyboards. The blend of Okhukhuise (shekere) adds scintillating flavour to his music. The genre of music has some modern influences while retaining the traditional beats of native and local highlife music that accentuates and resonates its origin in the Agbor culture. The constitution of the band has been an avenue for employment and engagement for many.

underscores the pride of beauty of young brides with cash and innuendoes in attainment of romance and fortune. The tune is often an invitation to people of all ages to take the floor, easily chorused and perspire on their heels while having fun. Other tunes elicit counselling and emboldens the strong and the weak, in sturdy words for diligence, integrity and honesty of purpose and intent. Such as

Typical of the Morgans’ kind of music to deliver messages of hope, consolation and encouragement to all manner and class of people, the Oworwor music is classic and enjoyed by many for its lyrics and proficient instrumentation. The melody and voice transmission are best and efficiently received. The Oworwor music is a treasure to the Agbor, Ika nation and Africa in general.

Joe Morgan has remained an icon, symbolic of a generation in the past and the future. He has been an ambassador to some brands and holds a great future as a role model for the youth. Joe has hinted on integrity and honesty in business, learning the rope through stewardship to his legendary maestro, Dr. C.K. Morgan, has shown steady, consistent hard work, forbearing, resilience in his twenty-five years on stage. Tributes and accolades are worthwhile for such a feat. His has successfully sustained the business through a generation and expectedly will ensure the Oworwor music lives on. Joe stands out shoulder high for some reasons, ennobled by the ingrained responsibility of leading a hugely respected family, he has shown capacity and dominion to lead, develop and fashion new evolving transition styles of family businesses. A responsible family man and socialite. Joe, Eze Egu, is an influencer that the youths need to emulate, develop skills, talents and lifestyles that will guarantee the expected tomorrow.