A 26 year old man and a native of Idumusogban, Igbogili Abavo, Ika South Local Government Area Ewere Ihirie popularly known as “Butter,” and his parents were on Saturday May 2, 2020 arrested by members of Anti-Cult volunteer Corps Abavo Division for alleged armed robbery and illegal possession of arms.

Sources revealed that one Lucky, a 16 year old boy was in the early hours of Saturday robbed of the sum of 4,000 Naira and his handsets around 2 am that same day. Two boys sighted the suspect in an uncompleted building loading cartridge in a gun and immediately reported to Anti-Cult office. 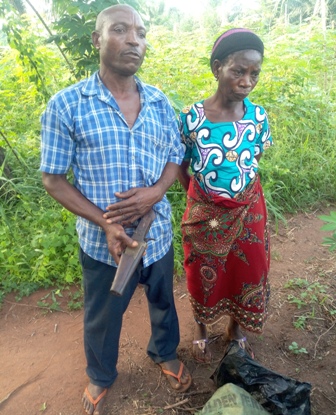 Immediately, some members of the group were dispatched to effect arrest the suspect.

Our sources also revealed that the suspect when arrested confessed to the crime but insisted that since the last time he was arrested, he stopped robbing within Abavo metropolis.

But when the suspect took members of  Anti-cult to his house to hand over the gun to them, it was discovered that his room had been ransacked and the gun taken away. Then, Butter who on discovering the gun was no more there, denied having one. He was therefore handed over to the police.

On Thursday May 5, 2020 parents of the suspects went to Anti-Cult Office, appealing to the group to soft pedal on the case as they did not want the matter to go beyond Abavo division. But, they were told that the only condition that would make them soft pedal was if the gun in question was handed over to them. 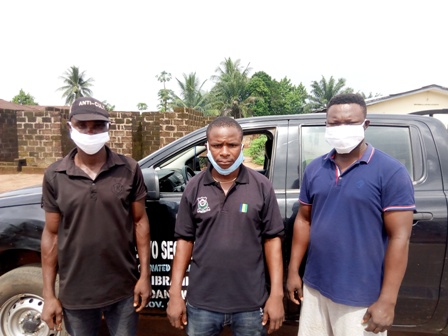 The parents therefore left and came back with the gun in less than one hour. But then, the vigilante men took a photograph of them holding the gun and handed them over to the police for further investigation.

SEE ALSO: WHAT GOVERNOR OKOWA MUST DO FOR IKA NATION

Continuing, they pointed out that the person in question was arrested sometime ago  with three other persons who are still cooling their heels at the Agbor Correctional Centre, but noted sadly that the suspect was somehow granted bail, probably by the effort of his parents who they believe are the ones encouraging him.

They appealed to well-meaning individuals, religious and cooperate bodies to assist them with funds to enable them perform better, while appreciating the Abavo monarch for the regular support given the organization.

0Shares
0 0
Share
Previous THE LOVE OF MY PEOPLE, MY STRENGTH- Obi of Igbodo, Osedume I
Next EWURU WILL SURPASS ITS PAST GLORY – Benjamin Ogwu

Ewuru Education Incentive Programme (EEIP), comprising of Ewuru sons and daughters both at home and …