PASSENGERS ESCAPE DEATH IN AN ACCIDENT ALONG ABAVO ROAD

Barely few days after a car accident caused traders to lose their goods worth lots of money owing to the potholes along Abavo-Warri road in the Ika Local Government Area of Delta State, another ghastly accident has again occurred on the same spot on the evening of Monday, June 25, 2018, leaving behind many casualties. 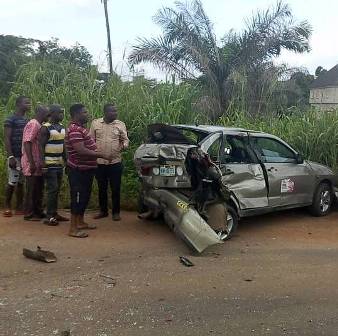 According to a witness, the accident which involved a Toyota Hiace Bus with registration number XJ388RBC Abuja, and a Premium Corolla with plate number WWR-467SV Delta, happened when the Hiace Bus conveying traders from Onitsha to Warri ran into the Corolla, which was heading same direction. 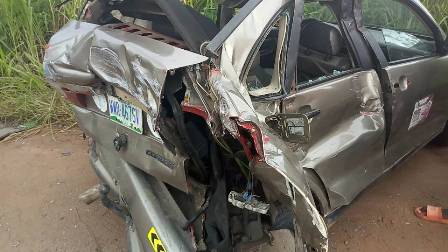 The driver of the Corolla narrating the incident, said, “I was on my way to pick a passenger who called me, when I approached the pothole and had to slow down as a result, waiting for an oncoming lorry to drive pass. Before I could know it, the bus smashed my car from behind and pushed me to the direction of the oncoming lorry. But God being so kind, I quickly swerved to the bush to avoid a head on head collision with the lorry”. 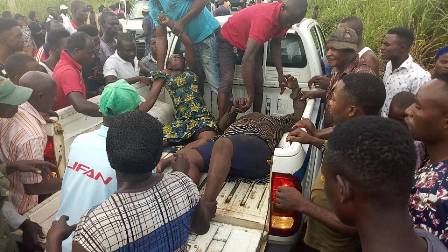 While we thank God that no death was recorded as at the time of filing the report, residents of Abavo Community are complaining that the same bad spot has cost so many accidents, especially at night.

Share
Previous DEIN OF AGBOR, HRM, DR. BENJAMIN KEAGBOREKUZI 1VISITS THE UNITED KINGDOM
Next THE 2018 BUDGETARY ALLOCATION TO EDUCATION BY THE FEDERAL GOVERNMENT