This competition according to the Chief Executive Officer of Seplat, Mr. Austin Avuru, represented by the company’s General Manager, Chima Njoku is  aimed at improving the academic standard of both States.

The 2019 edition of the SEPLAT Pearls Quiz competition was held on Friday 25th October, 2019, at the Imaguero College Hall Benin City, the Edo State capital was won by Johnbosco Int’l Academy, Ekpoma of Edo State, while Peniel Academy, and Deeper Life High School, Opete both from Delta State, emerged as runners-up and second runners-up respectively. 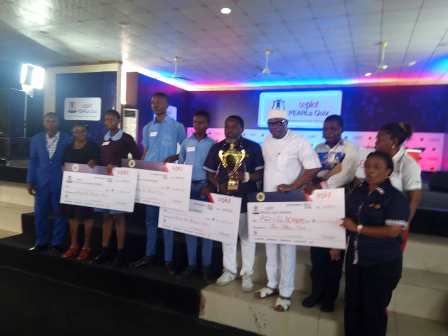 Meanwhile, Delta Governor, Senator (Dr.) Ifeanyi Okowa said the State Government is committed to the development and teaching of science subjects in the State schools. He said to bridge gap in science education, the State Government has begun improving educational infrastructures as well as providing science laboratories to encourage student. The Governor noted that an improved infrastructure will no doubt encourage students to compete favourably with their counterparts in other States. 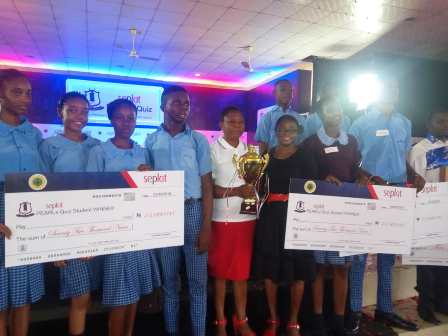 The governor reiterated his Government’s commitment to improving science education at the secondary school level. He stated that his administration will partner non-governmental organizations through PPP to improve school infrastructure and enhance performance of the students.

“As a government we are determined to improve school infrastructure in our State.

“We have revamped 6 Technical Colleges in our state and we intend to build additional 19 more technical colleges to ensure that every local government has one each.

“We are ready to partner with non-governmental through PPP to ensure that schools get the required infrastructure to enable them compete with the best schools in the country.

“It is our hope that our students will put in more effort to complement government’s huge investment in the education sector,” he said

He thanked SEPLAT for displaying great responsibility in the discharge of their corporate social responsibility through various GMOUs with host communities and assured them of state’s support in their effort to improve science education in their areas of operation.

The Governor congratulated Delta Schools for emerging second and third positions, and stated his optimism for Delta to come first in the next edition.