Everyone is quite familiar with the scriptural saying that goes thus: “my people perish for lack of knowledge” To this end, brand Ambassadors of Phyto Science, an organization founded in 2012 with branches in over 23 countries enlightened Ika residents on the importance and functions of stem cell. 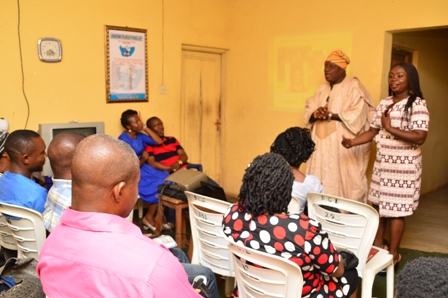 Presenting a seminar on Monday, April 9th, 2018 at Ika Weekly Newspaper Conference Hall, Mrs. Alex Igbori stated that stem cell which acts as spare parts of the body is a vital nutrient needed by the body and is mostly found in placentas.

Revealing several benefits of Stem Cell, she noted that it heals over four chronic ailments such as: Alzheimer, Leukemia, stroke, heart attack, diabetes, baldness, Down syndrome, cancer, spinal cord paralysis and so many other ailments which defile treatment.

The brand Ambassador, while urging participants of the seminar to take advantage of the revolutionary product, stated that it is effective and natural, and has no side effects.

In the same vein, Mrs Igbori revealed that the multi-million dollar company based in Kuala Lumpur, Malaysia has in case of any effects which is rare due to the natural state of the product, insured it with a large amount of money, spurring into billions.

Another brand Ambassador who spoke at the seminar, Mrs. Patience Emuoubie charged Ika People to seize the opportunity availed to save lives and also make money at the comfort of their zones.

The Publisher, Ika Weekly Newspaper, Mr. Steve Ashien appreciating the   Ambassadors for sharing their wealth of knowledge with Ika residents and for bringing the product to the doorstep of Ika people, promised his continuous support for any initiative that will yield positive results to Ika people.