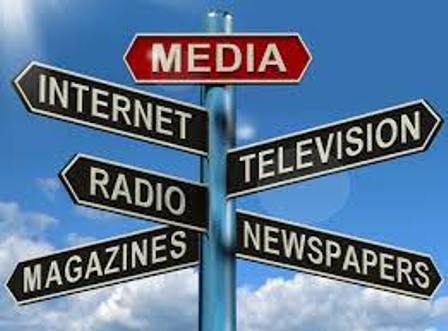 After reading via the media, the recent accusations by stakeholders, among them policy makers and media managers, that the Nigerian media  allows its obsession for bad news and screaming headlines to obstruct the principal mandate of setting the right agenda toward building a united and virile nation, the content of two separate but related articles came flooding.

The first was authored by me and entitled; Nigeria Democracy and Nigeria, and published about three years ago, precisely August, 2018. The second has as title; The Effect of Fake News on Nigeria’s Democracy within the Premise of Freedom of Expression, written by Fredrick Wilson and Muhammad A Umar, lecturers at Department of Mass Communication, University of Maiduguri, Nigeria and published a few years ago on the Global Media Journals.

Adding context, it was reported a moment ago during a media related gathering, that media stakeholders specifically decried the preponderance of fake news that had caused sharp divisions along tribal, religious and geographical lines leading to mutual distrust, suspicion and hatred that had constituted a huge threat to Nigeria’s corporate existence. While some accused the unregulated social media of being the worst

Like every crisis which has both its dangers and opportunities that can spell either salvation or doom, let’s spread out a link between the present accusations with the above mentioned opinion pieces in order to confirm or contradict if stakeholders’ assertion against the conventional media in Nigeria was correct or wrong.

Beginning with that of Fredrick Wilson* and Muhammad, the duo among other things noted that; one of the fundamental tenets of democracy is freedom of expression and speech. It is the right of individuals to hold opinions and express it without hindrance. Considering the instrumentality of information dissemination, democratic dispensations hold media as an enormous tool in building its institutions. To this end, democracy thrives better on the wheel of freedom for all citizens to express their views. However it is fundamental to note that freedom of expression which democracy cheerfully gives is not as important as the concomitant obligation of a responsible expression by all.

In the present circumstance, has the conventional media promoted democratic ideal of freedom and equality for all Nigerians? Are media recent reports and editorial comments laced with capacities and the potential for democracy’s fulfillment, triumph, social progress or retrogression? What can we say if the position of the authors’ are juxtaposed with the allegation by media stakeholders?

In absolute terms, stakeholder’s assertion was correct and the reasons are not farfetched.

Aside from the fact that it was stated by Fredrick Wilson-and Muhammad A Umar, that the spread of fake news which threatens quality journalism  is not only unique to online environments; as it is also present in the conventional media in spite of the concrete fact checking network prevalent. Nigerians frankly understand through painful experience that media practice in Nigeria has since been compromised and diluted.

It was feelings such as this that prompted my piece mentioned above where the problems created by conventional media Professionals in Nigeria and its effects on the nation were highlighted. It brought three different concerns to the fore. First, inherent problems with the nation’s conventional media go beyond proliferation of fake. Secondly,   the problems are more of manmade than natural. Thirdly, they are daily accelerated by professionals and can only be reduced by them.

SEE ALSO: MY DRIVE, BEING OUTSTANDING IN WHATEVER I DO – Onyeka

Tracing the origin of the challenge in that piece, i did among other concerns noted that globally, the role of the media in every evolving democratic society like ours is to among other functions inculcate and reinforce positive political, cultural, social attitudes among the citizenry. Create a mood in which people become keen to acquire skills and disciplines of developed nations. And when the media fails to perform these roles, the nation can never hope to raise the standards of living of the people or achieve the political development of the state.

As noted also in the former piece, media practice in Nigeria has seen power lately gone the wrong way but assumed it’s the right thing- watched the nation’s political gladiators redefine democracy in the image of their actions but viewed it as normal. And very oddly, the practitioners no longer see themselves as problem solvers or watchdogs of the society but now occupy a high ground they do not understand while leaving the masses that initially depended on them confused.

For instance, the failure of the media to study the various propositions presented by the leaders in the past, and their failure to inform the masses accordingly has resulted in situations where politicians persuaded Nigerians to endorse and applaud policies that were harmful to their interest.

This and other sordid performances emanating from the industry is responsible for why the nation is currently groping and stumbling, politically divided and confused. But in the face of these failures, one point the operators often forget as the watchdog of the society is that the ‘function of the media is very high.

It is almost holy. It ought to serve as a forum for the people, for it is through the media that the people may know freely what is going on. And to misstate or suppress the news is a breach of trust’.

To further underscore the importance of the media players in shaping the society, it is widely believed that the viability of democracy depends upon openness, reliability, appropriateness, responsiveness, and a two-way nature of the communication environment.

That democracy depends upon the regular sending and the receiving of objective signals.

But with the practice ‘adulterated’ with the vast majority of Nigerians depending on the social media which currently dictates the pace, the answer as to why the signal from the media feed is growing cynicism among the masses and accelerating the decline of democracy on our shores becomes glaring.

Without minding what others may say, experience reveals that while some of practitioners are busy adjusting the ” goal post” to accommodate their vested interest, Nigerians with discerning minds still maintain the rock-solid conviction that ‘a free press is not a privilege but an organic necessity in a society.

No doubt, ‘every decision a journalist makes when gathering, organizing and presenting the news requires a value judgment. Different decisions bring different results. All decisions have consequences that are direct and indirect, intended and unintended, short term and long term. And journalist’s decisions affect others; those decisions may influence thousands of people’s opinions on a political issue’.

The truth is that majority of the professionals have lost the philosophy to challenge the nation’s economic logic and capacity to pursue the theory of government in order to effectively inform the general public.