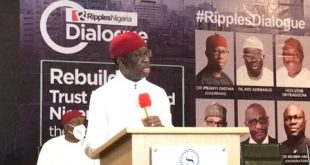 IMPERATIVES FOR A UNITED NIGERIA BY GOVERNOR OKOWA 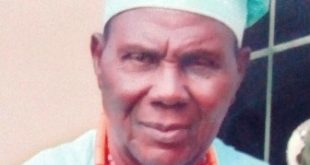 DEVELOPMENT OF PERSONALITY IN IKA CULTURE BY ONYEKPEZE

First of all, this piece is not an endorsement of General Muhammadu Buhari’s style of governance. And it is also not a condemnation of it either. For as many people as are ready to accept, President Buhari remains the president of the Federal Republic of Nigeria. He sought the vote of the electorate in 2015 for election into the highest political office in the land and got it, with the majority “endorsing” him instead of the then president, Dr. Goodluck Jonathan.

Though his political party made some promises that were wrapped up in the organization’s change agenda, the leader never promised to be the best president the world has ever produced. In other words, achieving one’s ambition of being a leader is different from that of being the best performing one in a leadership role to the satisfaction of all. To this extent, the Nigerian leader can be excused for performing his duties to the best of his ability, without minding the expectations of those who canvassed for the votes that brought him to power.

SEE ALSO: NIGERIA: WHO IS NOT A dot IN A CIRCLE? BY AUGUSTINE OMILO

Meanwhile, the world, in terms of news, has often been categorized into three groups; those who listen to the news, those that present the news, and the ones that make the news. All three sets are important. But of all, the newsmakers are more important, for, without them, the other two cannot exist. They, in a way, create jobs for news presenters and analysts while offering entertainment, information, and education to the readers/listeners and watchers of news. Events of the last three months in Nigeria have proved that the president is indeed a newsmaker who must be commended for his continually putting of journalists and public affairs commentators on their toes.

When the nation’s Presidency initiated the social media control bill, it was considered laughable by a section of the public, especially the digital generation of the populace and the opposition political party members.

While this is still a trending subject of debate in the public domain, the retired soldier dropped what appeared like dynamite on how to tackle the growing threat of insecurity and separatist agitators in the country. According to him, the Federal government will deal with them in the language they understand. Buhari’s statement as presented in his tweeter handle did not go down well with the masterminds of Tweeter, a social media blog operating from the United States of America but with the whole wide world as their headquarters. The organization thus deleted the stern comment from its blog.

In his reaction, Buhari, perhaps relying on the advice of the Minister of Information and that of Communication and Digital Economy went ahead to ban of the use the blog in Nigeria. Many court cases have been instituted against the Federal government as a result of this ban which many consider as inimical to the growth and development of the country as it has become a tool for wealth creation in the hands of the young and enterprising people in the society.

The second reason is that the action of the government amounts to an infringement on the people’s fundamental human rights as enshrined in the republic’s constitution. The Nigerian Guild of Editors (NGE) on their part likens it to another form of decree 4 as promulgated by Buhari as a military Head of State in 1984. Notable among those that have dragged the federal government to court over this matter is SERAP (Social Economic Rights And Accountability Project). And an ECOWAS court has so far ruled against the government.

In the midst of these agitations for a reversal of the ban, the president, insisting on his stand has since given some conditions to be met before it can rescind its decision on the imbroglio. As a mark of her seriousness, Buhari has assembled what he considers the best team to dialog on behalf of Nigeria with the delegates expected from the United States of America on the side of Tweeter. A glossary look at the Nigerian team and that which is expected from Tweeter shows that while Buhari’s group led by Lai Mohammed is made up of men with an average age of seventy, Tweeter is presenting young fellows of an average age of twenty-five years. It is yet to be understood how Lai Mohammed and his colleagues will be able to present a sound technical argument that will not still lead the country into a state of scorn before the comity of nations.

Still, on the President’s news spree, he described a section of Nigeria as “dot” in a circle. Different interpretations are currently being given to this assertion. Notwithstanding the public outcry on this, our leader has not seen the need to re-read his speech with a view to presenting a clearer picture of what he meant by “a dot in a circle”.

Without an iota of thought concerning all the current trending news items from Aso Rock villa, the leader of the world’s most populous black nation came out a few days ago with yet another surprise package for the country’s men and women. He vowed that he will never accept restructuring as a solution to the myriad of security challenges and agitations facing the country. He went ahead to state that those advocating for this option do not understand the meaning of the term. What a claim!

On the whole, it is important for citizens to appreciate the president for proving those who hitherto believed that he could not address the nation on critical national issues wrong. He has not only started addressing the nation but also making world-class news that is equally helping to create jobs for all who care to listen and be joyful with new knowledge.

0Shares
0 0
Share
Previous COMMITTEE FOR RESOLUTION OF LAND DISPUTE BETWEEN EMUHU, UMUNEDE CONSTITUTED
Next VIEWPOINT: OIL, OIL POLITICS AND THE NORTH BY IGWEBUIKE 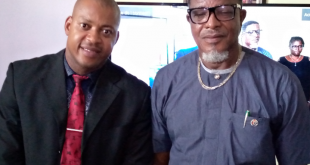 TO SUCCEED; FOCUS ON YOUR DESTINATION, NOT CRITICISM – TIBI

A former Provost of the defunct College of Education Agbor Dr. Emmanuel U. Tibi has …