A popular musician, now business mogul Chief Jude Ogbekile, the Omeke-Oku 1 of Igbanke, has disclosed that his venture into music was to plan for his life as he noted that for one to be successful in whatever one is doing or plans to do, one needs to plans, as failure to plan, is planning to fail, as the erstwhile musician revealed that he wasn’t born with a silver spoon and had to start his primary education at the age of 11 due to financial restraints. 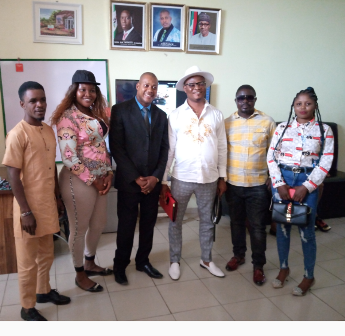 According to Chief Ogbekile, his going to music shows to pay his tuition fees at the University and support himself as his parents were not rich, saying that because his parents could not afford to pay for his elder brothers schooling and his the same time, as such he started his primary education at the age of eleven. 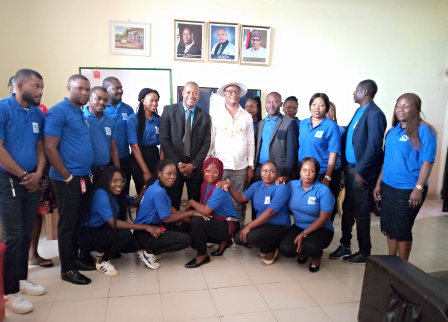 He said for one to succeed in anything one intends to do or is doing, one needs to have a good plan, adding that if one fails to plan one has failed already. He noted that all the time he was into music, he was using the proceeds to plan for a better life as all his family members are musicians and he needed to do something different.

He said another key to being successful in life, is for one to develop good spending habits, noting sadly that when some people see other people spending money, they too want to do likewise without considering their level of income as against that of the other person.

Speaking further, Cheif Ogbekile said the moment one stops learning, is the moment one starts dying, positing that anyone who wants to be successful should be open to learning. He said some people make billions but do not know how to invest it because they feel they are lords and should not listen to their subordinates. He said no matter how highly placed one is, one can learn from others adding that everyone has something to offer.

Continuing, he maintained that one of the clogs in the wheel of being successful; most especially in Nigeria is religious fanatism. Saying that success has its principles and that no matter the amount of prayer one offers, without following the guidelines for success, one will remain in poverty. He warned participants against being brain-washed by religious fanatism, saying that every aspect of life has its guiding principles.

Also, Chief Ogbekile pointed out that if one listens to some of what some of the so-called Pastors preaching today, one will become a poor person in the society because an average Pastor will ask you to sow seed if you want to be rich but will never advise one to invest that money in a business.

The guest speaker said success is a journey and anyone who wants to get to his or her destination needs to learn from his or her past mistakes. He pointed out that one should not expect that once one starts a business, the money will start rolling in, noting that there are ups and downs in every venture, adding that life is not a bed of roses. He opined that the important thing is for one to learn to avoid making the same mistakes.

Chief Ogbekile warned that those intending to go into any business should not neglect the role of consultants and professionals, saying that before one goes into any venture; one should engage the services of a consultant, adding that the consultancy fee should not be a problem to one, because, in the end, one will be happy he did.

Finally, he said the most important of all is for one not to go into a business that one does not have passion for because, in the end, it would be disastrous.

The host, Comrade Prince Emmanuel Okonye said until one’s ‘passive” income is more than one’s normal income, one needs to continue to invest, as he expressed fear for the future of anyone not making money online in one way or the other because according to him, the world has gone global, saying that one can be in Agbor and his or her products will be selling in the United Kingdom.

He warned participants against rushing into any business they know nothing about, as he urged people to start up something no matter how little and with time, applying the principles of success, the business will grow into something big, adding that it is an error for one to wait for huge capital before going into a business venture, because most times the people one go-to for assistance to start a business end up discouraging one from going into it.