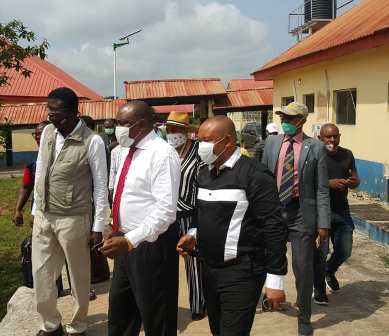 Recall that the ongoing Agbor Renal Centre project is a Rotary Foundation global grant 1983389, which is to provide dialysis machines and render other services to persons with kidney problems.

READ ALSO: I HAVE ALWAYS HAD THE URGE TO CREATE EMPLOYMENT- Ashien

GOVERNMENT SHOULD HAVE UNIFIED PENALTY FOR CONVICTED RAPISTS &#8211; Barr. PrincessOduji

Rtn Oladoku stated that during his time as governor of District 9141, he thought of what to do that would benefit and impact on the lives of the people, and came up with the idea of the Renal Centre.

Continuing, he pointed out that the project is at 90% completion stage. He maintained  that Rotary  is very keen on sustainability, that the club wants to ensure that when it visits in ten years time, the project will still be functional, as he assured that Rotary Club would partner with the Government to make sure the project is sustained.

Speaking further, he expressed joy that such a wonderful project is being carried out in his time, adding that with this development, those with kidney problems don’t need to travel long distances for treatment, as he described as fantastic, the support from the hospital management and staff, since the commencement of the project, adding that about a month ago, Rotary Club Agbor got a letter of appreciation from the government in recognition of their contributions to the hospital. 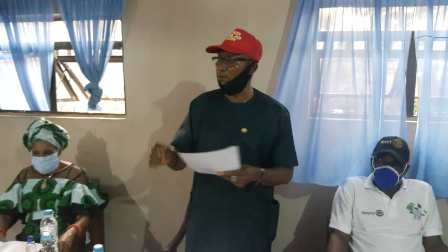 The current President, Rotary Club Agbor, Rtn. Chris Ejime Nmoye, who also spoke with newsmen after the inspection, noted that he is delighted and overwhelmed, pointing out that the essence of the project and other projects embarked upon by Rotary, is to touch lives all over the world, alleviating  pains and sufferings globally. He said he knew a lot of people who have died of kidney problems due to lack of access to health care.

Furthermore, Rtn. Nmoye stated that kidney disease is on the increase due to people’s unhealthy lifestyle, mentioning alcohol consumption and the use of cosmetics as some of the reasons why kidney failure is on the rise. He added that Rotary is bringing down to the people Renal services in order to reduce the stress of traveling far to get dialysis, as he assured that the project would be sustained.

On her part, Rtn Henrietta Ajuebor Egbarin JP++, popularly known as Big H, also fondly called The Governor’s mother in the Rotary Club Circle, applauded the former Governor District 9141, Rtn. Adeyemi Oladoku for his doggedness and tenacity, describing him as a goal getter.

Rtn. Egbarin maintained that Rotary Club never fails in any venture, adding that once Rotarians set their mind on something, it must be achieved. 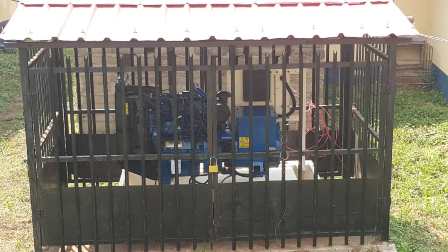 The Medical Director, Central Hospital Agbor, Dr. Roy Maduka who was on ground to receive members of the club, thanked them for the contributions made toward reducing the suffering in the society, and wished them well in all their endeavors.

In another development, narrating his 35 years experience in Rotary, Rtn. Henry Uche Emelue, the Director, Leads Guest House during the club’s weekly meeting held on Wednesday August 12, 2020, stated that with his experiences from his induction, attending weekly fellowships, district conferences, seminars/workshops, project commissioning, international conventions, club and district installations and other events he cannot mention, he has concluded that Rotary is good.

Rtn. Emelue enjoined members of the club to follow their Rotary dream with consistency, credibility and continuity, while he noted that the club has taught him that “faith, patient and determination if religiously put into practice, can yield tremendous achievements.”

Continuing, he decried the bad situation COVID-19 pandemic has put the society into, while he urged members  of the club to always be ready to adapt to the dimension life is moving to.