Following the threat by In Unity Group published in the last edition of Ika Weekly that the forthcoming general election will not hold in their polling unit in Ward 9, Ute-Okpu Central, the political leaders, Rt. Hon. Prince Sam Obi and Dr. Festus Goziem Okubor, have during a meeting with the group on Sunday, February 10, 2019 begged for forgiveness for whatsoever their grievances were and assured that they would make amends.PASTOR IN POLICE NET OVER AN AMMUNITION DEAL

In Unity Group, a political mouth-piece of Ibiegwa and Ute-Owerre people in Ute-Okpu, led by Mr. Joseph Monday, had in  last week’s edition of Ika Weekly, lamented their abandonment by their political representatives in the area of sharing the dividends of democracy,  and for that reason the people had unanimously agreed that the forthcoming general election will not hold in their polling unit. 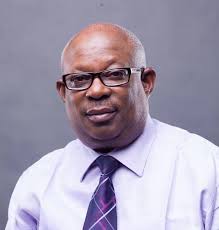 Rt. Hon. Sam Obi, a onetime acting Governor of the State who hails from Ibiegwa quarters, Ute-Okpu in his speech stated that the grievances of Ibiegwa and Ute-Owerre people are factual, thanking them for their patience for so long. According to him, “I am not here to start telling stories but to ask for forgiveness. Okubor, Godwin Ogadi (Omola), and Hilary Ibegbulem and I have made mistakes and we are saying sorry and hope we will change. We are all your political leaders owing to the fact that we have followers like you people, but when you turn your back against us, our leadership is put in doubt. Therefore, we are sorry and plead for forgiveness for a new beginning. My father once told me that when there is too much sand in soup, that a blind man will know.

For me, I have done a lot for our people, especially assisting them to secure government jobs and I did without considering the quarter one hails from in Ute-Okpu. It is now election period, I am appealing to my people of Ibiegwa and Ute-Owerre to have a change of mind and turnout en masse to vote Peoples Democratic Party (PDP) candidates all the way. For our sake, forgive any of our representatives seeking for reelection and have not identified with you people and vote for them again for there must be change in the next administration. Let us continue to see ourselves as one and live in love and unity”.

Hon. Okubor, who is the Chairman of PDP Campaign Organization, Ika North East Chapter, stated that if no sin, there won’t be forgiveness and pleaded with the people to forgive them, assuring that the dividends of democracy, will henceforth be shared evenly.

In a chat with Ika Weekly reporter, the Chairman of In Unity Group used the opportunity to appeal to Governor Ifeanyi Okowa to use his good office to see to the construction of Ute-Owerre/Elugu road.