SECURITY OUTFITS IN AGBOR EMBARK ON OPERATION SHOW OF FORCE

In a bid to further prove that security outfits in Agbor are more responsive, responsible and reliable, a combine team of the security agencies which include, the military, police, FRSC, Agbor Gha-Ihun, vigilante and anti-cult group on Easter Monday, patrolled various communities of Agbor in an movement tagged “Show of Force”. 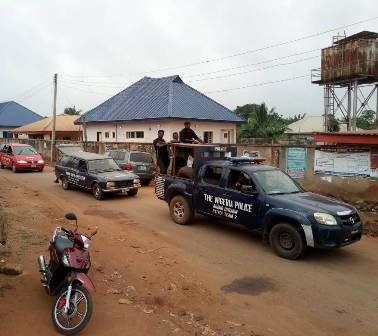 The operation was led by the Divisional Police Officer in charge of Agbor Police Headquarters, CSP Akintunde Oyeniran who during press time explained that the operation was a routine exercise to reassure the people of Agbor that their security is guaranteed and for them to call on them any time they need their service. 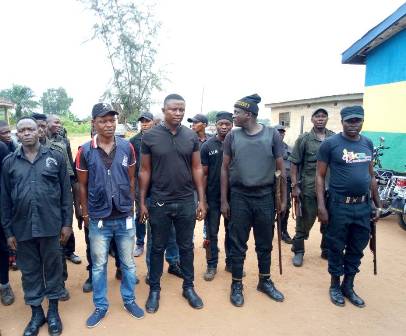 His words, ” This is a joint patrol by all security agencies in Agbor described as a show of force to show that we are fully on ground to counter criminal elements in whatever way they plan to come. We, however, strongly advise residents not to hesitate to give us information that will help us combat criminals.” 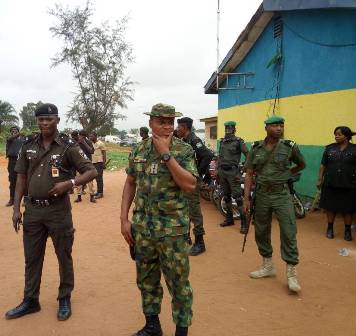 The Platoon Commander, Agbor Army Command, Captain M.O. Okoro, who also said the aggressive outing was to rekindle the confidence of the people, noted that the exercise was successful. He also appealed to residents to have confident in them and share any information about any crime movement as they do not work in isolation.

He posited that security issue at the moment in Agbor maybe calm but unpredictable as criminals would not want to give notice for their next attack. Hence, all hands should be on deck to properly guide the community.

On his part, the chairman of Agbor Gha-Ihun, Comr. Monday Kiyem, reaffirmed their commitment to service, assuring that they will not rest until crime in Agbor is completely eradicated.