TEENAGER, MISSING SINCE 2015, RETURNED TO PARENTS AFTER 7 YEARS BY RED CROSS
By Nicholas Ebegboni
A teenager Master Precious Ifeanyi an indigene of Ime-Obi in Ika South Local Government Area of Delta State, who got missing in April 2015, somewhere in Lagos was on Monday, October 11, 2022, after 7 years returned to his parents by members of the Nigeria Red Cross Society, Ogun State Command.
This was made known to newsmen during the official notification of the police by members of NRCS of the handing over of the teen to his parents at the Nigeria Police Force Agbor Divisional Police Headquarters Agbor on Tuesday, October 12, 2022.
Sources revealed that Master Precious was handed over to a relative who resides in Lagos by the mother in 2015, but that unfortunately, for some reasons, the teen ran away from the relative and ever since then was declared missing. 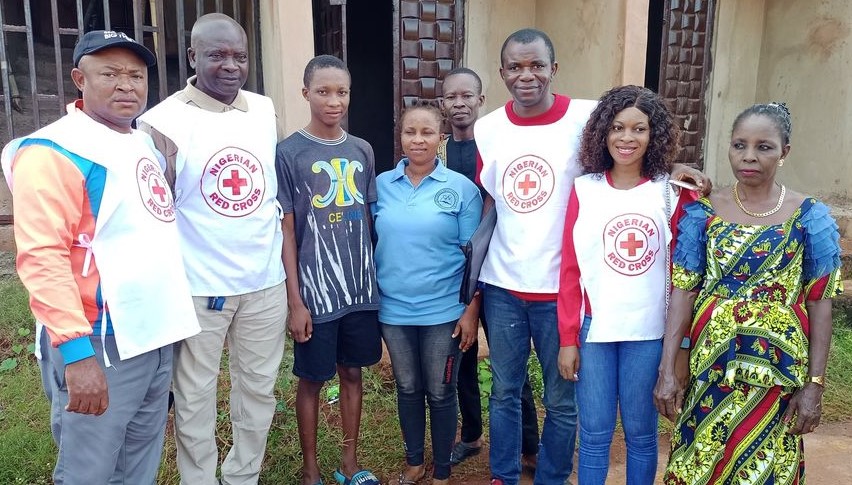 It was disclosed that all efforts made to find Master Precious at that time proved abortive as no one was able to locate whereabouts even after the family looked for him in all nooks and crannies of Lagos State and even in the whole Asaba Delta State.
At a point, according to sources there was accusations and counter accusations among the members and after sometime, the family gave up hope, believing he was dead.
It was revealed that Master Precious who was 12 years old at the time he went missing in 2015, could not give a definite response when questioned about where he hailed from until recently when he was able to tell that he is from Agbor but could not tell which part of Agbor he is from except that he remembered that a school which he called Sherriff Primary School, instead of Nosiere Primary School was close to his family compound.

It was from there according the sources that the Red Cross Ogun State Command had to work with the Delta State Command of Red Cross to look for the family of Master Precious Ifeanyi which at the end of the day yielded result.
Addressing the Divisional Police Officer (DPO) NPF Agbor Divisional Headquarters, the Branch Secretary NRCS Ogun State Command, Instructor, Bayo Fashorati revealed that Master Precious Ifeanyi was handed over to NRCS Ogun state branch by the police in 2015, adding that the Red Cross have been taking care of him since he was brought to them
Instructor Fashorati affirmed that Master Precious Ifeanyi is preparing to write his Senior Secondary Certificate Examination (SSCE) adding that Red Cross also ensured he went to school for the period that he was in their care.
He noted that if the parents of Master Precious still wants him to be in the care of Red Cross to enable him write his O level examination, that could be allowed but the most important thing is that they know where he is.
The Chairman NRCS Ika South Division Mrs. Patricia Tibi thanked the DPO Agbor for the warm reception, saying that she has never come across a DPO that is so friendly as he is, as she prayed that he would have a rewarding stay in Agbor.
The DPO on his part commended members of the NRCS for their effort in reconciling Master Precious with his family as he noted that the NRCS needed to be encouraged so as them enable the organization spread its tentacles to the vulnerable in the society.
The DPO urged members of the Red Cross to continue in the good work that they are doing as he assured that they must surely reap the fruit of their labour.
Share
Previous Previous Post
Next VIEWPOINT: RAVAGING FLOOD; NOT ACT OF GOD BUT WILL OF MAN 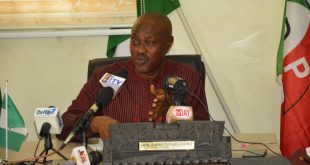