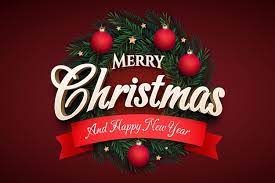 Comparison is the thief of joy and inner peace as well as a killer of contentment Each one should test his own actions. Then he can take pride in himself without comparing himself to somebody else. For each one should carry his own load. Galatians 6:4-5 (New International Version).

There is so much out on the social media that can make one feeling a little bit left out. It will seem everyone is having a big time with family and friends, and well, you weren’t. It is Christmas time and it is appearing like all the family gatherings were pictured perfect, and not same with you.

Social media accentuates the culture of comparison by sending the false message that your monotonous tedious boring existence is a poor excuse for living compared to others whose lives are awesomely exciting all the time.

Social media breeds instant comparison at the click of a button. Comparing who has more “Facebook friends,” “re-tweets,” and “followers” is maddening. The age-old comparisons of appearance, accomplishments, possessions, and position are still around. Technology has simply magnified the access to other people’s lives, even though you are only seeing what others want you to see and not what is read. And it is not about just the holiday season, but every day.

Comparison is the devil’s tool that he uses to undermine our confidence and kill our contentment like nothing ever will. It magnifies insecurities and fosters a self-absorbed pre-occupation of our inadequacies.

Comparison destroys the platform upon which God longs to display His greatest work. Nothing will rob you of your confidence in Christ-like comparison. The measuring stick will get you stuck every time.

Jesus said when Peter asked about John’s future. (Yes, he was comparing his future with John’s) “If I want him to remain alive until I return, what is that to you? You follow me!” (John 21:22) In other words, “It’s none of your business! Stop comparing!”

Paul told the Galatians: “Pay careful attention to your own work, for then you will get the satisfaction of a job well done, and you won’t need to compare yourself to anyone else” (Galatians 6:4 NLT). In other words, do your best and don’t worry about what someone else is doing or not doing.

So, resist the tendency to compare your life to what you see of others, mostly during this Christmas season. But the more time we spend with Jesus, the more we will be resistant to Christmas comparison and refreshed by Christmas contentment.