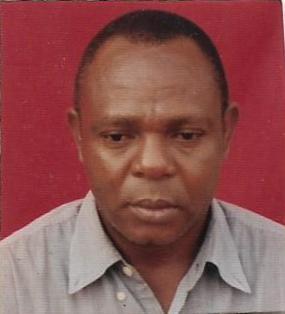 As the March 9, 2019 gubernatorial election in Nigeria approached, the political temperature of the period became frighteningly high. The mood of the governorship aspirants in the federation became increasingly tense and irascible. Their political nerves grew taut and tempers flared as they embarked on the energy sapping race on the slippery road to the Government House. The feeling was that the nation was heading towards some terrible denouement.

In Delta State, the entire situation was unpredictable. Tension between the two major rival contestants reached a high voltage point. Palpable fears and uncertainties gripped the imagination of the duo – Senator Arthur Okowa of PDP and Great Ogboru of APC, as supporters of both contestants filed out to the polling booths to cast their votes for their preferred candidate.

Indeed, it is fascinating to note that Senator Arthur Okowa and Great Ogboru were the two political giants that moved into an area that had been pestered by political midgets. The two opposing political contestants were the indisputable gladiators that slugged it out in the election to the governorship seat in Delta State. The onerous task to this prestigious chamber was one of great fatigue and hardship, sufficient to daunt the most saintly. It requires an unusual strength and iron determination to jump over the hurdles that lined up to the Delta State Government House. Many of the APC eggheads and political think-tank sat and assembled their unique political formulas and set it in motion to secure a landslide victory for their candidate.

Senator Arthur Okowa, unarguably, is widely known by  his reputation as an old horse in the system. He is versed in knowledge of the intricate webs of politics in Delta State. He has swum deeply the length and breadth of the political sea in Delta State and has acquired a wide range of tremendous experience in it. He is a moving political encyclopedia who is highly acknowledged for his brinkmanship and innate ability to add one plus one to get political advantage. He adroitly moved into a secluded corner to consult his political oracles, only to emerge with fresh innovative idea to coast his ship to a totem pole of resounding victory, and gave his opponent a technical knock-out.

Months slid into weeks, and weeks in turn ticked away to days. The political jamboree in every nook and cranny of Delta State came to an end. As expected, time sped fast swiftly and the day for the election eventually came. The politicians were in high mood. The two viable major contestants were fully ready for the titanic encounter. Disappointingly enough, after the election, nature pulled a cruel trick on the APC candidate and emptiness slammed his expectation. The much vaunted APC indefatigable political mathematicians eventually proved that they were very fatigable indeed. The federal might which had been the boastful weapon of the APC was ruthlessly shattered by the formidable forces of the PDP in the state. The combination of the APC at Federal and State levels to take over the predominantly PDP Delta State was dismissed by the PDP political heavyweights as an empty boast and a nattering nabob of negativism. They underrated the worth of PDP members in the State and little did they know that the party had their ready-made remedies of their easy victory to Government house. The PDP stalwarts liken the APC to a conglomeration of deceitful political neophytes who are suffering from political narcolepsy. After much boasting and ranting by the APC juggernauts, the PDP eggheads were secretly busy in their political laboratory researching a new formula they would set in motion to advance a landslide victory for their candidate. The implementation of this formula earned the APC candidate a humiliating defeat at the polling booths. It destroyed and shattered the optimism and confidence of the party.

In less than no time, the APC supporters began to feel an uncomfortable sensation and over-powering fear of losing the election at the tail of the voting exercise. Their over inflated balloon of optimism was finally punctured irreparably. It hit a brick wall of failure and opposite was the result at the end of the exercise. In utmost surprise and mortification, the APC supporters were numbed into silence at the dramatic turn of event. The news sent a ripple of uneasiness through their spines. Melancholy hung over them like an albatross. Their mountain of expectations collapsed with a catastrophic suddenness as they stood in utter stupefaction, watching huge drops of hot perspiration cascading from their faces which had already been knotted in a puzzled frown. Two days later, before the sun climbed sluggishly to its apex, more surprises hit the APC supporters like a tornado, for the deafening ovation from the PDP supporters to reach its crescendo. They spread the news with overwhelming joy to all the towns and villages in Delta State. The news was not only surprising but also very devastating to the APC supporters. It sent a shudder of cold horror through their entire being. They felt as if the final shreds of their lives were being knocked out of their existence.

Interestingly enough, the case of the usual kamikaze and kleptomaniac sense of snatching the ballot boxes by political parties’ agents deserted them. They were practically cordoned off by the iron guard of the formidable range of able-bodied security men. It was no longer business as usual. It now dawned on the APC contestant that no matter how smart or acrobatic a dancer may be, he cannot lick his elbow.

For the PDP supporters, the story was entirely a welcome development. Their eyes were flooded with tears of joy because of that momentous victory. Smiles of enormous relief crept across their lips when the heartwarming news spread and spiraled rapidly to the sky to announce the exciting news to the angels in heaven. With demonic energy and agility of a monkey, the PDP supporters leapt with ecstasy into the air. And in a surprising celerity which can hardly be imagined, they ran to their party leaders clapping their hands, chanting victory songs and danced beautifully to its alluring rhythm. That was the situation in Ika land. The impact of the sudden dance steps on APC supporters was perfectly electrical. Indeed, it staggered the opposition party members into rigid silence.

Similarly, the PDP leaders were not left out of the jubilation. A thick blanket of positive euphoria encircled them like a halo. Happily enough, broad smiles illuminated on their irrepressible faces as they observed the scintillating and unfolding drama with boundless joy and enthusiasm. By a pleasant combination of omen of good fortune and circumstance, Senator Arthur Okowa has risen to stardom in Delta State political equation as the “ekwueme” (talk na do) of politics in the State.

The man Senator Arthur Okowa is indisputably a man of great independence and force of character. He has a fine physique of an astute politician. He is naturally endowed with great strength and activity _ an appearance of exuberant vitality, powers and energy, boldness and decision of character. Little wonder his remarkable success in all the political ventures he undertakes. He is indeed a gentleman in his manner as he is in birth and breeding. Right from youth, he threw himself into politics with characteristic zeal. He has a magnetic quality that draws people to him irresistibly. He courageously puts his tremendous ingenuity at work and spent a great amount of time and energy to outsmart his opponent in March 9, 2019 election. Thanks to his efficacious dynamism – an evidence of competence and a litmus test for popularity on the part of Senator Arthur Okowa – an incurable optimist.

Donkey years of Senator Arthur Okowa’s political experience brought into prominence the professional politician as an astute parliamentarian who has mastered the acts of public persuasion and parliamentary debate. He is a man who has transversed widely the world of politics in Nigeria. He bestrides the Delta State politics like a colossus. He was one time Secretary to the defunct Ika Local Government Council; Chairman in the then newly created Ika North-East Local Government Council; a Commissioner under Chief James Onanefe Ibori’s administration; Secretary to the Delta State Government under Dr. Emmanuel Uduaghan’s regime; a Senator during Dr. Goodluck Ebele Jonathan’s administration. From there, he paddled his canoe back to Delta State and contested for the governorship election in 2015, which he won convincingly. This compendium of experience has widely increased his syllabus of political knowledge, not only in Delta State but also in the federation. He gains his political popularity more by calculation and management than by force, and more by dint of personal talents than by high birth or great wealth. This relatively new type of political leader from Anioma extraction is a big pride to the people of Anioma nation.

There is no doubt that the PDP political heavyweights in Delta State are an assembly of practical men who know how to lead their candidate to victory irrespective of any insurmountable obstacle. Senator Arthur Okowa, as one of the political gurus in the state is a renaissance and innovative politician who is naturally gifted with uncommon sagacity to lead Deltans to the promised land of hope and abundant prosperity. He won the election with wide margin. He has returned to the Delta State government house proudly like an army general who had faced an obstacle and surmounted it with great courage and success. Judging from his brilliant performance in his first tenure as the governor of Delta State, I know that his second tenure will usher in some unprecedented innovations and achievements to all Deltans. He has on several occasions proved himself to be an intelligent political cognoscente with a positive genius for coasting the ship of Delta State to safety without any impediment. Based on his impressive antecedents, he has acquired the superiority in both strength and moral relationship to govern Delta State the second time. He equally possesses the innate oratorical gift of a savvy politician who knows when and how to cross his “t’s” and dot his “i’s” at any given point in time. Deltans are highly impressed with the gravity of this powerful man’s determination.

Senator Arthur Okowa’s landslide victory in March 9, 2019 gubernatorial election hinges on the fact that he has left behind, good track records during his first tenure. Massive construction of roads in Delta State, 05 initiative – a state wide free medical outreach in 25 Local Government Areas of Delta State, among other things, are the commendable achievements of this practical governor. He is a distinguished looking man of excellent reputation and a quintessence of good manners. With his encyclopedia of political knowledge, he will unequivocally deliver good dividends of democracy to the three senatorial seats in Delta State. More grease to your elbow.