The joy of sons and daughters of Umunede in Ika North East L.G.A of Delta State. on Tuesday April 23, 2019 , knew no bounds as they celebrated this Year’s  Igwe festival. People were seen dressed in different attires which showcased the beauty of the festival. Different Personalities from all walks of life including traditional rulers from other kingdoms were at the palace of HRM, Dr. Ezeagwu Ezemoah (JP) the Obi of Umunede kingdom. There was beating of drums and other traditional musical gadgets to add beauty and colour to the event, Enchantment of songs and dances.

Speaking to newsmen shortly after the occasion, HRM Dr. Ezeagwu Ezenwali I JP thanked all who came to celebrate with him and his people. He appreciated all his subjects for their peaceful conduct during and after the festival saying that he is indeed proud of them. Dr. Ezeagwu Ezenwali also expressed his gratitude to God and to Governor Ifeanyi Okowa for his enormous support. 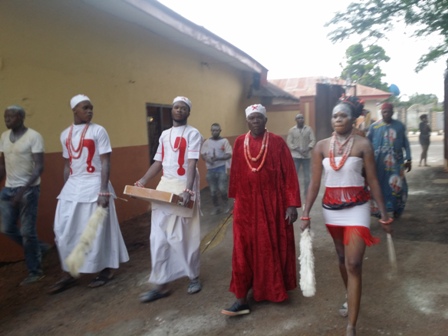 The monarch noted that Igwe festival is an annual event and the most celebrated festival in Umunede, which draws the attention of all sons and daughters at home and abroad. He added that it is a festival for all, where unity peace, and love are shown among the people.

Also speaking with Ika Weekly reporter, the Odogwu of Umunede, Chief Ikenna Etumudo stated that they were rejoicing because no casualty was recorded during the clearing of their farm lands. According to him, “during Igwe Festival, the people are happy. Food and drinks are surplus in every home. There is love among the people. We rejoice and dance. The rough riding of motorcycle is not our tradition. Igwe festival is a day we dress in attractive attires”. He appealed to the people to remain law abiding as Umunede is known for its peaceful existence. 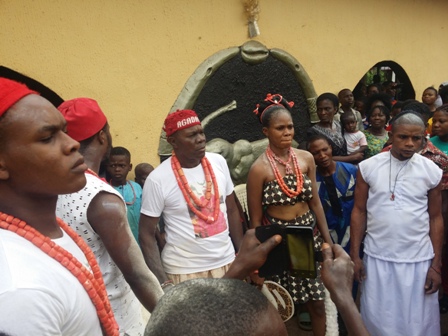 On his part, the onus of Umunede, Chief Ndubuisi Oshadi noted that Igwe festival marks the beginning of a new planting season. He thanked HRM Dr. Ezeagu Ezenwali I (JP) for his acumen of leadership in Umunede, praying God to give him more strength and good health to lead his people.

In a chat with some of the visiting traditional rulers, HRM Augustine Nzemeke, Obi of Egbudu-Akah and HRM Ifechukwude Alexander I JP, Obi of Ugbodu kingdom in Aniocha in their separate remarks stressed that Umunede monarch has indeed demonstrated his good leadership as a royal father, and his love for his people. They urged him to continue to uphold the custom and tradition of his kingdom, saying that with God on his side, great and wonderful things will come to Umunede.