According to John Maxwell, “Being willing to give up some of the things you love in order to focus on what has the greatest impact isn’t an easy lesson to learn. But the earlier you embrace it, the sooner you can dedicate yourself to excellence in what matters most”. Ewuru-Agbor, an agrarian peaceful community, in Ika South LGA of Delta state, is a place well known locally and internationally for the professional treatment of broken bones, no matter how severe or worse the nature of the injury. The indigenes of the community in gratitude to God have always attributed this knowledge of orthopedic treatment as a wonderful and miraculous gift from God. Hence the establishment of the Uweifo Community Orthopedic Nursing Home over two centuries ago by their forefathers as a way of contributing to the sustenance of human lives in the effective tradomedical treatment of bone and fracture disorders. 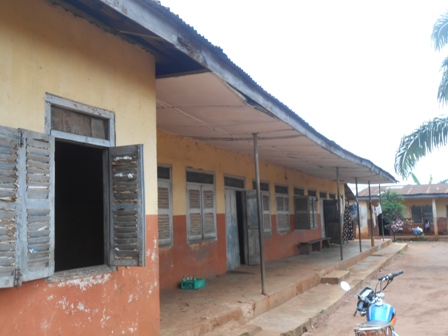 During a visit to the Uweifo Community Orthopaedic Nursing Home on Monday August 28, 2017, the state of infrastructural decay noticed within the hospital environment and total neglect by successive administrations both at the state and local government levels is so disheartening and uncomplimentary based on the performances of the home and the accolades from individuals and family members of the people that have benefitted immensely from the services they render to the public. 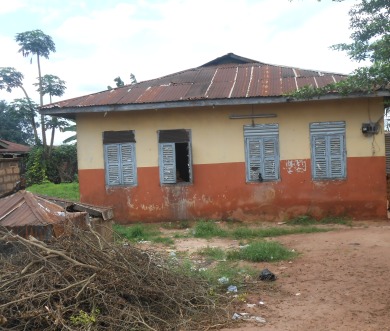 In a chat with Ika Weekly Newspaper reporter, Mr. Johnson Ashien, who is the chairman of Ikahi, in Ewuru community, recounted what led to the establishment of the Uweifo Community Orthopaedic Nursing Home by their forefathers, disclosing that once any person with dislocation or bone fracture, is brought to the home; even if it is ordinary water that is applied on the leg, such injury must heal. Saying, “God Almighty gave us that gift, that anyone who sustains injuries affecting the bones even if the entire bone within a particular region of the leg hand and other parts is broken, we will treat it; there is a way we do it to fix the broken bones back to its proper form and it will be fixed properly.” 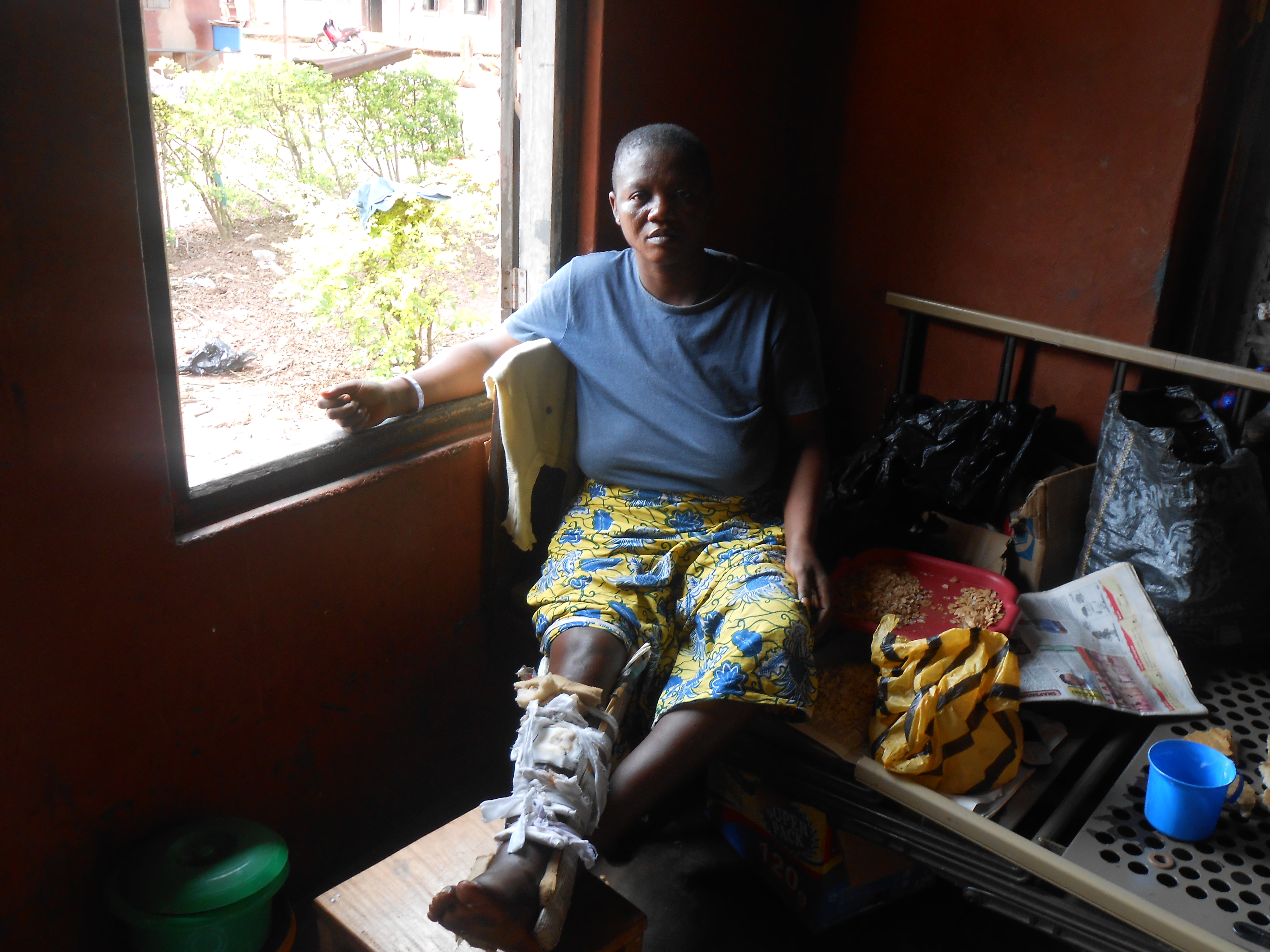 He further revealed that the nursing home was built by their forefathers who contributed money themselves to build the home, saying that the Uweifo quarter being one of the three quarters of Ewuru community is solely responsible for the day to day running of the home; emphasizing that successive governments in the state and at the local level have never in any way assisted the home. According to him, only few individuals like Prophet Joseph Igbodo, proprietor of Job orphanage home, Dr. (Mrs.) Isioma Okobah and Honourable Victor Nwokolo, and some of our children like Mr. Sunday Egede, Mr. Steve Ekiri-Mekiriuwa Ashien and Mr. Ben Ogwu among others, have really been a great source of blessing to the Uweifo Orthopaedic Nursing Home and Ewuru community.
Mr. Johnson Ashien Snr, strongly appealed to both the Delta State and Ika South Local Government authorities, politicians, religious bodies, corporate organizations, public-spirited individuals and groups to assist the orthopedic home with the provision of water bore hole within the compound, provision of more infrastructure to accommodate the increasing number of in house patients and renovation of some of the old buildings that has been in existence for over four decades. He urged the general public to always visit the home whenever they have any problem of broken bones or dislocations, because of the quality services they render to the public.
Mr. Johnson Ashien, who was very bitter on the total neglect of the Delta State Government in assisting Uweifo Orthopaedic Nursing Home and the entire Ewuru community, on behalf of the community said, there is one question that Ewuru community wants the government to answer for us, and the big question is ; Where are we? Where does Ewuru community belong? Are we in Delta state or in Diaspora? We want the state government to actually tell us where we belong because Ewuru community has not benefitted anything from the government, be it in the form of infrastructure or otherwise; we are not happy with this neglect. Whenever they need our votes, they will keep promising heaven and earth. Continuing, Mr. Ashien pleaded with the state government to come to their aid with the provision of good roads and other infrastructure, saying, if you go to our schools, our illustrious son Mr. Sunday Egede, who based in Lagos, is the one building both the secondary and primary schools for the community; look at our roads, no motorable roads; yet the community produces cassava, yams and other food items, emphasizing that Ewuru, was the first industrial area in Ika land in the early severities, but now all that are history because of the abandonment by the current administration and successive government in the state. 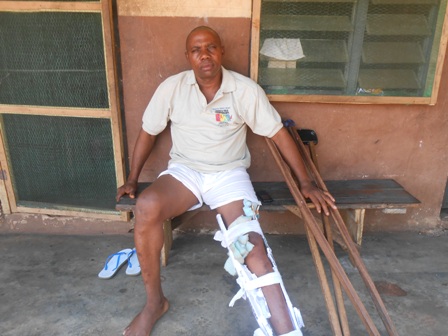 In a related development, Mr. Nicholas Mgbeken, Secretary to the Uweifo Orthopaedic Nursing Home said that during the then Midwestern region, the orthopaedic home was registered with the region and the government used to assist the nursing home with some incentives but in our contemporary society there is nothing coming to the home from both the State and Local Government Councils. 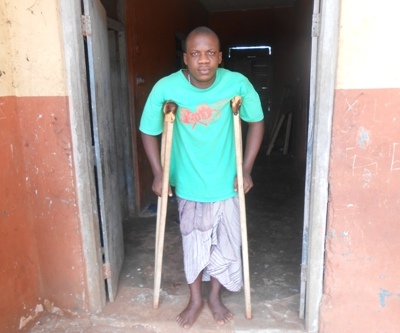 Saying , “we are thankful to God for people like Prophet Joseph Igbodo, whom we always pray that God will prosper for his numerous assistance to the hospital, same for Dr. (Mrs.) Isioma Okobah and Honourable Victor Nwokolo; all of whom we are indeed grateful to for their supports. If that is how the state government has been assisting the orthopedic home, we would not have been complaining. Speaking further, he said the home is in dire need of water bore hole in the compound, we also need the provision of a big plasma television set at the reception hall for the relaxation of both the patients and their visitors”. Speaking on the services rendered at the nursing home, Mr. Mgbeken, revealed that they don’t use x-ray to do their work, stressing that once they lay their hands on the spot of the injury, they will know the exact place where the bones are broken and then know how to commence treatment; saying we use native medicine to treat the broken bone (injury) and within some months depending on the nature of the injury, the bones will grow back to its original position and the patient will be healed. However, in cases of wound injury, the management of the nursing home usually uses the services of a qualified nurse to treat the wound, he concluded.
Ika Weekly Newspaper reporter also spoke with some of the in house patients, Mr. Stanley Arewa, a native of Ekpon in Edo State, who said he was brought to the home a few weeks ago from Lagos, stated that he was admitted in the home due to an accident he had at his place of work, when an engine fell on his left leg while he was carrying out his official duty as an engineer and a technician. In his words, “When the engine fell on my leg, they took me to the General Hospital in Lagos, getting there they fixed POP, without even checking whether the bone was set or not, later I discovered that the bone was not properly set that is why it has been disturbing me severely; and this happened about twelve years ago, and now that I am getting old, I began to notice the effects of the accident because it was not properly set.
However, it was a friend that directed me to Ewuru, and on getting here, they examined the leg and told me, that the bone was not properly set, that is why it did not heal. They then began to press the bones to bring it to proper position. Currently, I am getting great relieved just one month that I came here, the place is really helping the masses because no matter the serious nature of the accident, when they bring the person to Uweifo Orthopaedic nursing home they will never amputate the leg of the person rather, they will treat the injury effectively because traditionally they are gifted.” Mr. Arewa, also disclosed that with what the management of the home is doing, they need some assistance from the government, saying, that the condition of the toilet and water system in the home needs to be improved. He warned against the quick recommendations at government owned hospitals of amputation of people’s legs, asking if they begin to amputate peoples legs, with what will they earn their living? Speaking forther, he said, “I am very happy coming here for treatment in the traditional way as I am enjoying it. I am also very grateful to the person who directed me here because I don’t have any regrets about my coming. Members of Ewuru community are very nice and friendly to visitors while the workers in the nursing home are really committed to their duties, we appreciate them.”
Mrs. Joy Tuke, from Edo State, said she has been at the orthopedic home for the past six months, due to the injuries she sustained on her right leg, from a motorcycle accident in Benin City. She recounted how severe her condition was when she was bought to the home and appreciated God and the workers of the nursing home, for the great improvement on her leg. Saying, “I thank God that I can now do most of the things which I was unable to do before.”
Okunde Udoka, an indigene of Agbor, said he was involved in an auto accident along Ugoneki-Benin road in June 2017. While appreciating God for being alive, also commended the quality treatment given to patients by the management of the home, which he disclosed has greatly improved his condition. He prayed God to grant him and other patients at the home, a speedy recovery from their injuries.
Conclusively, the act of bone treatment by members of the Ewuru Community, indeed confirms the words of Mike Murdock, which says, “When you treat your work as a gift from the Lord you become a problem solver in today’s broken world, a light shining in the darkness.”

Ewuru Education Incentive Programme (EEIP), comprising of Ewuru sons and daughters both at home and …