THE REBUILT UWEIFO PRIMARY SCHOOL, A BEAUTY TO BEHOLD

The edifice which is a total transformation of the old building, wears a state-of-the-art look with all modern facilities that will unequivocally place it on the same pedestal with top ranking primary schools the world over.

It was revealed that the magnificent and outstanding edifice erected for the people of Ewuru was single-handedly sponsored by  the owners of Ebeano Supermarket in Lagos, Port Harcourt, Abuja and other places in the Federation as part of their social responsibility projects.

Delivering his welcome address on behalf of the community, Prof Nmorsi    expressed the heartfelt gratitude of the people of Ewuru to the philanthropist and also registered their appreciation for the presence of top government functionaries. His words, “the entire Ewuru community welcomes everyone to this epoch making event. History is indeed made today in Ewuru as the Executive State Governor Sen. Dr. Ifeanyi Okowa ably represented by Honourable SSG, Mr. Festus Ovie Agas, Delta State Commissioner for Basic Education, Mr. Chinedu Ebie and Ika South Local Government Chairman, Barr. Victor Okoh are all here to witness this auspicious ceremony; the commissioning of a marvelous edifice built by a God-sent individual, Prince Ebeano. As he has deemed it fit to give back to the society in such a magnanimous way, may God Almighty also reward him bountifully.”

Barr. Victor Okoh also registered his appreciation to the donor and urged the school authority and the community to take proper care of the facilities. “My heart is full of joy to welcome you all to this grand opening and dedication of the newly re-built Uweifo Primary School here in Ewuru. On behalf of the government and people of Ika South Local Government Area, I wish to express my deep appreciation to Prince Ebeano Supermarket who single-handedly executed this project.

“May I also use this opportunity to appeal to the pupils and management of this primary school to make good use of the facilities and avoid damages of any item.  Also, members of the community should help in ensuring that the properties here are not vandalized.

“I call on all well-to-do individuals of this community to emulate the kind gesture of Ebeano by providing social amenities to better the living standard of the people of Ewuru as the government cannot do it alone.”

SEE ALSO:EWURU COMMUNITY SEEKS THE FACE OF GOD IN A JOINT PRAYER SESSION

Mr. Ovie Agas who also spoke, asserted that though he had been commissioning projects, Uweifo Primary School beats his imagination. According to Mr. Chinedu Ebie who dwelt more on the maintenance of the building and its facilities, the donor will be well pleased if what he has done which cost him a lot of money, is well taken care of. His words, “Prince Ebeano Supermarket has done marvelously well in putting this costly project down for the children of Ewuru community. Obviously, no cash reward will equate what he has done. All he requires of the management of this school and the pupils as well is proper maintenance so that the children yet unborn will someday be beneficiaries of this good work.” 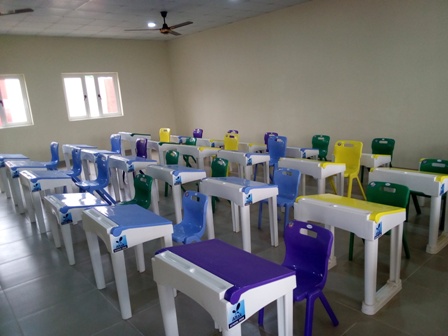 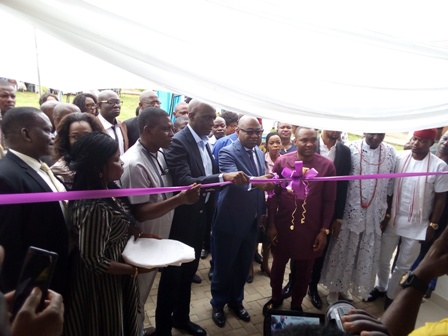 Speaking further, he said, “A conducive learning environment goes a long way in positively imparting on children. All they need are available to aid their learning and bring out the best in them. Any child who fails after this will have no justifiable reason for doing so.”

Reacting to the Commissioner of Education’s admonition, the headmistress of Ewuru primary school, Mrs. Victoria Odigwe, promised that the management will ensure the school is well taken care of and will equally inculcate maintenance culture on the pupils.

The philanthropist, Prince Ebeano Supermarket, ably represented by Mr. Chidi Kossi, in his address thanked God for making the day possible and for giving him the wherewithal to carry out the project. He also urged others to see what they can do to benefit the people in their society in their own little way. His words, “I must give gratitude to God for the commissioning of this project and for providing for me to start and complete it. This is one of the many projects sponsored by Prince Ebeano Supermarket in Ika South, Delta State and in Nigeria.

“The classrooms, equipment and accessories are all of world standard. Our decision to invest in this project was driven by the desire to give back to the society. You do not need to have millions and billions before you give back to the society. Everyone has something to offer. For instance, a graduate in the community can offer free extra mural lessons. The vigilante groups can ensure that the equipment bought are protected from the hands of hoodlums.

“It has always been our guiding principle that those who have benefited from God should give back to the society.”

A tour round the school revealed that Prince Ebeano has not only erected a beautiful edifice, but has also provided all that is required for conducive and profitable learning. These include: modern furniture and white board in each classroom, a computer laboratory with over fifty modern computers, a well equipped library with books, a well furnished staff room, two conducive conveniences for both staff and pupils containing over six toilets, two bathrooms and six sinks, and a solar powered water borehole.

In addition, it was brought to the notice of Ika Weekly reporter that the donor has also employed staff to help in the maintenance of the building and its facilities.