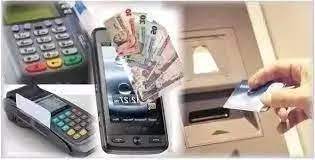 The obvious answer to that poser above is that many people want the Cashless policy as announced reversed particularly politicians. And the reasons are not far-fetched. Most of us have been nurtured in a culture that is cash led and cash driven. Some of us will need to pinch themselves to ascertain that they are not dreaming; as it were in a trance! Twenty thousand Naira limit of cash withdrawal a day for some individuals is unbelievable. It is unthinkable. But there comes a time when hard decisions must be taken because you have a tough problem on your hands deserving of hard decisions. How could you ever imagine yourself that 85% of the money in circulation in Nigeria could be outside the banking system! And are we still wondering then why we are where we are today in terms of development?

Let’s get some important issues out of the way before we continue with this conversation. The Central Bank as per its extant Act. enjoys instrument autonomy. Perhaps we have to break that down for all to ensure that we are all on the same page. It means that nobody, including members of the National Assembly for that matter, should dictate to the Central Bank what strategies to adopt to solve whatever problem it wants to tackle. Therefore, the CBN in pursuing Cashless policy has decided that daily cash withdrawals on all platforms for individuals is 20,000 Naira and for corporate bodies 100,000 Naira and so shall it be until the limits are revisited. But thinking deeply about it, the limits now imposed are really tight. We must recall that at inception when the Cashless policy was introduced in 2012 the limit before payment of processing fees for individuals was 500,000 while for corporate bodies it was 3,000,000 Naira. That policy thrust was announced to the best of my recollection without a whimper because nobody thought that was going to cause any problems.

So, one begins to understand the deafening outcry coming from across important stakeholders in the Land. Like I earlier commented in a platform to which I belong when arguments on this account was raging; this policy thrust is not made by angels and to the best of my knowledge, it is not cast on stone. And as we undertake this enlightened discourse, we must always remember that one is at privilege to exceed the limit only that for individuals there is a processing fees of 5% while the equivalent fees for corporate bodies is 10%. Governor Emefiele himself as he was interviewed on Channels Television recently is on record to have observed that the Bank is open to adjustments in the light of experience or if they encounter superior logic on the matter.

Let us remind ourselves why this Cashless policy thrust was introduced in 2012. In the first place, as we all aspire for the rapid growth and development of the Nigerian economy; we must bear in mind that certain conditions are necessary and may be not sufficient on their own to lead us to our desired Eldorado. You cannot have growth if all the liquidity in your economy is outside the banking system. Such a situation will make monetary policies ab initio ineffective. Therefore, in the interest of the massive numbers of the unemployed in our country the imperatives of Cashless policy couldn’t have been more urgent.

There are also some concerns with regard to the costs of the sustenance of a cash-based economy. The costs of withdrawals of dirty notes and reprinting could be substantial. Which explains why the CBN introduced the clean notes policy programme.

The clean notes policy was introduced in 1999 as concerns loomed about the worrisome poor quality of Naira in circulation. Under this policy Banks were obliged to ensure that they do not recirculate dirty notes as that constituted a major part of the problem. Aggressive campaign was mounted against the poor handling and abuse of the Naira by those who use the Naira as their notepad and particularly those who engage in spraying of Naira at parties and while at it this attitude became criminalised.

There was also the problem of counterfeiting by unscrupulous elements amongst us as this culture of a cash-based economy persists. On the part of the individual Nigeria excessive possession of cash exposed one to robbery and theft and therefore avoidable losses. But an overall consideration is that as we aspire to join the league of the first World countries, our overriding situation must also be consistent and mimic theirs. There is no developed country anywhere that has a cash-based economy even Italy with its formal sector that compares favourably with that of Nigeria does not have such amount of cash in circulation outside the banking system.

The National Assembly members have invited the Governor of the Central Bank to come along to explain the rationale behind this policy. But meanwhile to put the policy on hold! Well, the Governor of the Central Bank does not have reporting relationship with the National Assembly to the best of my knowledge and therefore should not be taking instructions from them and what for me is a more overriding consideration is that this is a policy thrust which received the President’s approval before introduction. It will therefore amount to going over the edge for anyone to comply to counter instructions.

The Governor has no choice but to respond to this invitation from such an important stakeholder body. We advise that he goes with an open mind armed with professionally imbued flexibility. We advise that he wears bullet proof vest as he goes there and be properly armed. Because the politicians are in one mind that this policy unduly targets them. One or more other uncomplimentary and virulent comments made by some politicians could be gleaned from the public space. But what should be obvious to all by now, as the Governor of the CBN himself is quoted to have observed is that this policy is by now beyond reversal. What is open to consideration are the terms and conditions pertaining thereto.

Let me conclude by observing that in regions without banking services should obviously not have any concerns except for the fear of demonetization and to advise us all to eschew crass sentiments as we engage in the public space. Why will the Governor deliberately want to inflict pain on anyone? What mileage is there for him to gain? What we must bear in mind is that often to find a solution to a nagging cancerous problem, some pain like the pangs of pregnancy which disappears instantly at the birth of the child is unavoidable. I enjoin us all to strive to make our individual contributions to the solution of the many problems bedeviling Nigeria from our little corners. It is not something that should be left for any particular individual no matter how endowed. Shalom.