WE HAVE TWELVE FAMILIES IN ILEJE COMMUNITY, WE DO NOT KNOW OR RECOGNIZE ANY OTHER, Says Umu-Ilai family members 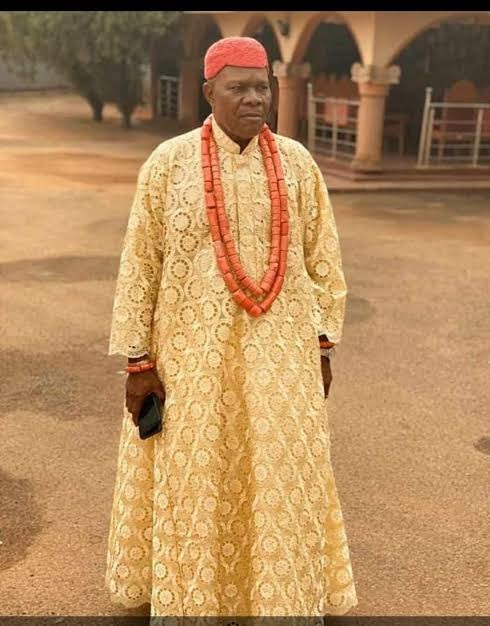 Following the caption, “Umunede Monarch Urges Umu-Nna Family In Ileje Community To Live In Peace and Harmony” in Volume 5: No 100 on page 5 of Ika Weekly Newspaper last week, the head and members of Umu-ilai family(kindred) in Ileje community in Ika North East Local Government Area of Delta State have echoed (state) that they and entire Ileje Community do not recognize any Umu-nna family in Ileje community.
They made this revelation known on Saturday January 7, 2023 while addressing newsmen in their enlarged meeting.
They disclosed that Ileje community comprises twelve (12) families, namely, Uhiere Oma, Uhiere Ukwu, Eborinma, Ogbe-Ekwu, Umu-Ilai, Umu-Oko, Umu-Ojiobia, Umu-Ijile, Idumu-Ugbala, Umu-Osebami, Okoro-Igbo, and Ogbe-Ohu, saying that any other family (kindred) that is not included in the aforementioned families above is fake, and unacceptable.
They revealed that Umu-Ilai family consists of three (3) sub families, Umu-Aleh, Umu-Nwaoji, and Umu-Okwe.
They noted that Mr. Uburu Ezekiel Nkwa was a member of Umu-Ilai family before he was fined and placed in isolation because he defaulted from a decree made by Umu-Ilai family.
Narrating to the press how it all started, the head of Umu-Ilai family, Pa. Okorie Emefiele said Uburu Ezekiel Nkwa is part of the family of late Mr. Sunday Nwadiegwu whom he said before he joined his ancestors married four (4) wives.
Mr. Emefiele noted that one of the wives of the deceased is Mrs. Victoria Nwadiegwu whom he said gave birth to Late Mr. Chukwuemeke Nwadiegwu and his siblings.

He stated that after the death of Sunday Nwadiegwu, the four wives and children called members of Umu-Ilai family to come and share the properties for them as tradition demands, saying that the properties were shared among the children of the four wives except the houses which were shared according to the number of the wives.
According to Pa Okorie Emefiele, “When the time came, the children of late Mrs. Victoria Sunday Nwadiegwu called Umu-Ilai family members to come and fulfill the tradition for them by sharing the remaining properties (houses)”.
“Upon our arrival to the family, we inquired from them if they informed their eldest brother (same father but not same mother), Okoruwa, they said yes that he has given them permission to go ahead because he was at work; On that fateful day, we apportioned the properties for them, Uburu Ezekiel Nkwa was among us”;
“The children of late Mrs. Victoria Sunday Nwadiegwu were satisfied and happy with the way we carried out our duty, but surprisingly, the next day, members of Umu-Ilai family were invited by Okoruwa to his house, arriving at his house, Okoruwa and Uburu Ezekiel Nkwa, in their speech said they were not satisfied with the way we apportioned the properties and as such, they said it isunacceptable”.
“Shockingly, the duo pronounced that the elders in Umu-Ilai family will give them(duo) one cartoon of beer each as fine, but the elders swiftly declined and said they will not, because, they carried out their duties as custom and tradition demand;
“Still not satisfied with the response of the elders, Okoruwa went and summoned four elders of Umu-Ilai family to a shrine and we told him that we do not go to shrine;
Umu-Ilai family appealed to him to bring back the case from shrine but he refused, and upon his refusal, we Umu-Ilai decided to lay the complaint to Ileje community in general;
The elders in Ileje community asked him why he summoned elders of Umu-Ilai family to shrine, but he quickly responded that he has already summoned an invoked curse on 18 persons including his siblings; But the elders of Ileje community and those present shouted and said it is an abomination.
They appealed and asked him to go and bring back the case from the shrine so that they could reconcile it as brothers, but he refused to listen to them;
Upon his refusal, Ileje community now decided to isolate and prohibit him from mingling with Ileje people until he brings back the case from the shrine;
“After the decree by Ileje community, we, Umu-Ilai family met and banned any of us from mingling with Okoruwa or going to his house, and decreed that anyone who goes contrary to our decree will be fined, Uburu Ezekiel Nkwa was among us when the decree was made”.
“Not quite long, we discovered that Uburu Ezekiel Nkwa was associating with Okoruwa and leading him astray, as such, we asked him to give Umu-Ilai family four (4) goats and six (6) cartoons of beer, he was also mandated to settle the dispute among the children of late Sunday Nwadiegwu.
“Few days later, Uburu came and informed Umu-Ilai family that he has reported us to the palace, but we told him that we do not go to the palace; Still not satisfied, he went and summoned Umu-Ilai family to the shrine, we told him the same thing that Umu-Ilai do not go to shrine”.
“Because he was fined, he decided to break away from Umu-Ilai family which he does not have the power to do so”.
“Late Nkwa Okoh, the father of Uburu Ezekiel was a member of Umu-Ilai family and when he died, he was buried by Umu-Ilai family”
“Uburu Ezekiel Nkwa is not the head of Umu-Ilai family and does not have the power to create or establish another family (kindred)”.
“We are using this medium to inform Umunede Kingdom that Umu-Ilai family does not know or recognize any other family in Ileje community except the 12 families”.