VIEWPOINT: WHAT IF BUHARI DUMPS APC? By OMILO

When indigenous democracy effectively took off in Nigeria after our independence, political parties were founded along ideological lines. Even though the lines were so thin that people could hardly see the differences between the parties at that time, their manifestos and the character of the leaders of that era helped to define the path for the electorate to follow.

In 1978, Chief Obafemi Awolowo founded the Unity Party of Nigeria (UPN) with focus on education as his main manifesto. The National Party of Nigeria (NPN) on its own had agriculture and national cohesion as major concerns. The party was more ‘national’ in outlook as it was formed by like-minds across the country. The Nigerian Peoples Party (NPP) though not ‘owned’ by any one, was high jacked by Dr. Nnamdi Azikiwe who appeared like one with a mission to check-mate Chief Awolowo who was perceived as an enemy of the people of eastern Nigeria.

Alhaji Ibrahim Waziri who saw himself as displaced as a presidential candidate in NPP later founded the Great Nigerian Peoples Party (GNPP) and propounded the theory of “politics without bitterness” in Nigeria. Alhaji Aminu Kano also carved a niche for himself when he identified with the common people with whom he formed the Peoples redemption Party (PRP) – a party for the ‘talakawas’.
After the general elections in 1979 and the legal battles that followed, the NPN carried the day, though without majority members in both the Senate and the House of Representatives. But the party knew that it would be tough to run a government in Nigeria without majority of the National legislators behind it, especially with astute politician like Awo as a major opposition.

To ensure peace in the country and ease of governance, NPN went into alliance with NPP to form majority at the National Assembly. Awolowo’s UPN on the other hand joined forces with GNPP and PRP to form the Progressive Peoples Alliance even though the ruling party saw them as a gang.
There was no record of any elected politician abandoning his party for another. Neither did any party ‘buy’ any political bigwig with money without considering the interest of the voters without whom there is no democracy and political office for anyone to brag about.

However, the most populous black nation in the world is now in an era where democracy seem to have been redefined by our politicians to mean ‘government somebody for some people and by defectors’ as against the original interpretation of “government of the people, by the people and for the people”.
The worth of a politician is now measured by the quality of ovation he or she receives after defecting from one party to the other. And many of today’s politicians have been caught up in this web. While parties receiving defectors are rejoicing, those loosing keep talking tough even if their hearts are bleeding secretly. Some have defected from one party to another for as many as four times since 1998 when this new dispensation began.

The current chairman of APC started from Labour party. From there, he joined ANPP from where he defected to ACN and now he is the Chairman of APC. Though Comrade Oshiomhole keeps saying he does not lose sleep over those defecting from his party to other parties, it remains to be proved whether he is happier when people leave his party than when he receives people from other parties.
In less than one month after he took over the mantle of leadership, APC under the former Edo State governor now appears more like a labour movement with no one in particular as a leader. 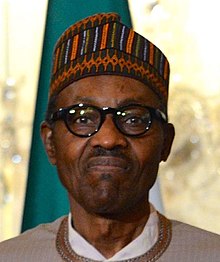 Even if Alhaji Adams Oshiomhole is not bothered, Nigerians have cause to worry about this current leadership style because of the danger it portends for our great country. Imagine the crisis looming in Benue State where few APC legislators are attempting to impeach their governor because he defected to another party. While these people are losing sleep over Ortom’s departure from their fold, their national leader is enjoying sound sleep. Is this a case of one crying more than the bereaved?

Political historians cannot forget what cross-carpeting as defection was then known did to the politics of western Nigeria and the country as a whole shortly before the national crisis of 1967.
Those who remember and have the capacity to have the President’s audience must as a matter of urgency urge him to ignore Oshiomhle’s show of arrogance and inability to differentiate between a politician and a labour rascal. Nigeria must not be allowed to disintegrate during his time as president.
The impact of defection will become grievous when the electorate begin to follow suit. At that time, it will be called a revolt. This is because these people have only two ‘parties’ to join or leave – the Nigerian Voters’ Congress (NVC) and the Sidon-look Peoples Colony (SPC). Many have remained in NVC since 1999 irrespective of the flirting of the leaders who are reaping the benefits of being in a democratic nation.

Any little ‘encouragement’ from groups such as Arewa Youth Congress (AYC), Oduduwa People’s Congress (OPC), Movement for the Emancipation of the Niger Delta and the Movement for the Actualization of the Sovereign State of Biafra (MASOB) can cause majority of us to defect to SPC, knowing full well that we cannot be less than what we are presently.

The only way to remedy the situation is for President Buhari to embark on a political retreat with his leaders in an attempt to discover better ways of ensuring good governance. Just as he should ignore Adams who says he is not losing sleep over defectors, Buhari should do same to Lai Mohammed who is currently claiming ownership of the Kwara State political structure. He should understand that Lai’s political party had never won in Kwara until Saraki came into their fold.

But then, since defection is now in vogue, what if Buhari dumps APC for any other party? Will you still stand for or against him? Well, keep your answer to yourself. Nigeria belongs to us all. Those who cannot play politics should pray and it shall be well for us and with us.