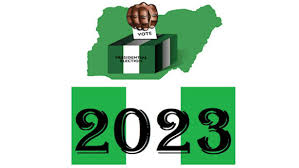 Democracy primarily is about representative governance; a process by or through which the people elect candidates they desire to represent/govern them primarily at the level of the legislature.

Thus, it is commonly defined as government of the people, for the people and by the people.

In giving birth to this process, people who desire to be actors in the process, approach the people for their mandate, present their manifestos and crave the indulgence of the populace or electorate seeking their mandate to represent them.

The presentation of their manifestos enables the electorate to profile the candidates and separate the sheep from the goats. Thus, if the candidate gets elected, the electorate has a yardstick to access the performances of their elected representatives in the course of their tenure whether or not they are performing in accordance with the promises upon which the electorate gave them their mandate. 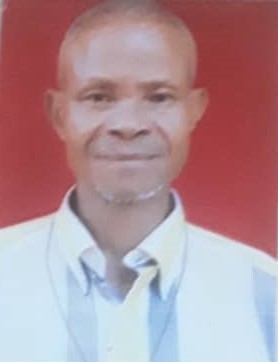 In an era where elected political representatives get into office and willfully or otherwise easily deviate from the electorates’ expectations from them, the beauty of a manifesto cannot be over emphasized.

In a democratic governance or dispensation, the Press is a major partner in progress and thus, generally referred to as the Forth Estate of the Realm. By expectation, the Press has a primary duty to inform, to entertain and to educate the people in this context, the electorate.

It is against this backdrop that the Nigerian Union of Journalists (Delta State Congress) in collaboration with the Ika Federal Constituency Chapel of the union decided that as the nation approaches February 2023, general election when Nigerians will be called upon to elect new political leaders for both the State and the Federal, namely state, Home of Assembly and Federal Legislative houses (The Senate and the House of Representatives), it has to be alive to its constitutional responsibility of informing and educating the electorates of Ika Federal Constituency on the profiles and manifestoes of those seeking their mandate to represent them.

These are majorly the political parties and their candidates intending to participate in the forth coming elections.

All the candidates except one received their invitation letters with due acknowledgement.

Then came the scheduled date for the candidates to come and interface with the journalists who looked forward to this opportunity to sell the candidates to the electorate through adequate presentation of their profiles and manifestoes. Even some stakeholders in the forthcoming elections such as the general public (the would-be electorates, representatives of the traditional institutions, some government agencies were also invited to be part of the parley with their intended representatives/candidates).

Regrettably, however, while the people (the electorates) and the Press (media) men from Print, the Radio and Television houses came eagerly hoping to hear what they would be representatives of the people of Ika nation have to offer if they (the electorate) magnanimously give them their mandate; all the duly invited candidates except two shied away and/or deliberately boycotted the engagement with the Press.

Unexpectedly, all the other party candidates, including the House of Representative candidates, boycotted the engagement with the Press. Worse still, none of the candidates who boycotted the scheduled media engagement showed any courtesy of formally informing the N.U.J that they would not be available for the programme. The media and the general public (the electorates in attendance) were left to form their opinions on reasons for the candidates of Ika nation refusing or failing to come and present or sell their manifestoes through the widest and perhaps the most effective channel of information dissemination, the Press.

As the nation count down to the next general election, several interpretations could be given to any flimsy excuses a candidate may have for shying away from publicity of his/her intention for wanting the people’s mandate to represent them; most especially against the back drop that some of the absentee candidates, either past or presently sitting legislators whose achievements thus far in their performances past or present is anything but satisfactory to their constituencies and therefore undeserving of a new mandate.

Against all odds, it is left to the electorates in Ika nation to decide to believe whatever promises being made to them by the present crop of candidates or see such promises as another balloon being sold to them just to get their mandate for the candidate’s personal aggrandizement.

Giving the hardship Nigerians have been subjected to by corrupt and inept legislators who have compromised their oversight functions over the executive arms of government and thus engendering financial recklessness by the executive, all one can say to the Ika electorates ahead of the general election is “shine your eyes” to see beyond fake promissory notes from the candidates seeking their votes.