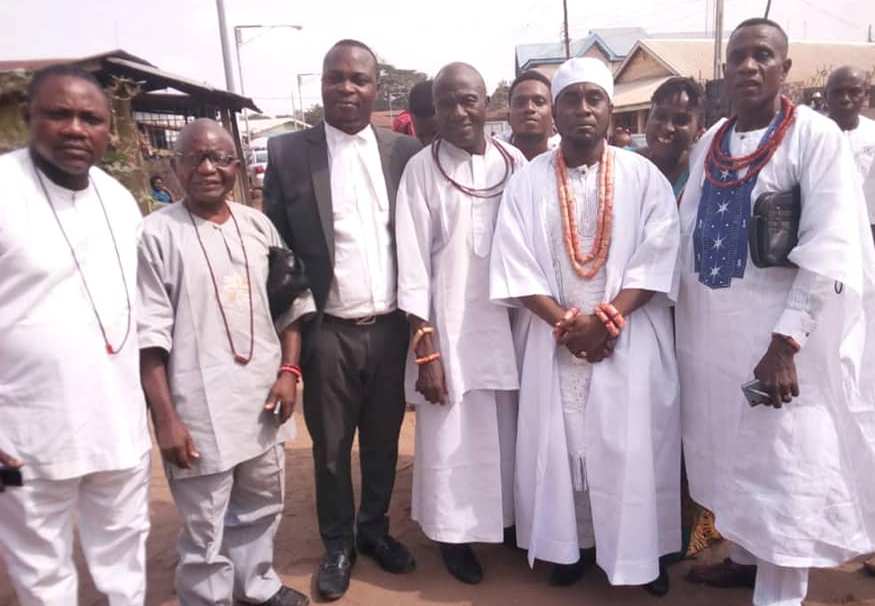 Wild jubilation broke out in Abavo Kingdom at the early hours of Thursday 22nd November 2018 following the decision of a Federal High Court 4 sitting in Asaba dismissing the case against the Obi of Abavo, HRM. King Uche Irenuma II for lack of viable evidence.

The court presided over by Hon. Justice F.N Azinge (Mrs.), submitted that the case which has been in court for 7 years lacks merit and hence was struck out.

In addition, the presiding Judge fined all witnesses who were presented by the complainant Prince Chukwuka Sunday against the Obi, on the ground that only those from the Royal House know the dealings and happenings in the royal house, not outsiders. By virtue of the ruling, the court upheld King Uche Irenuma as the Obi of Abavo Kingdom, both legally and traditionally. The judge further submitted that the certificates presented before the court by the complainant was forged.

The case filed against the Monarch by Prince Chukwuka Sunday his cousin, questioned the ascension of the Obi’s father HRM. King James Irenuma 1 as the rightful king of Abavo, alleging that his father (Sunday’s father) was supposed to be the rightful king.

Speaking to Ika Weekly Newspaper on returning to his Palace in Abavo, the monarch expressed joy at the ruling of the court, he stated that God has vindicated him through the ruling. He extended an olive branch to all Abavo people, declaring that he has forgiven everyone including those who dragged him to court and those who maligned him while the case has been in court in the last 7 years. He also noted that the palace is  open to all and sundry.

He called on all Abavo people to embrace the path of peace to ensure that development returns to the community.  At the time of visiting the place, throngs of Abavo people were seen celebrating with the Monarch over his victory at the court.