YULETIDE OF ANGUISH FOR THE PEOPLE IN IKA LAND

Over time, Christmas season in Ika Land has been known to be one of the happiest moments in the lives of Ika People, with merriment, boom in economic activities, and the presence of night life. The case was however different this year as Ika residents experienced hardship, non-dispensing ATM’s fuel scarcity, hike in the cost of transportation and heavy increment in the prices of foodstuff. 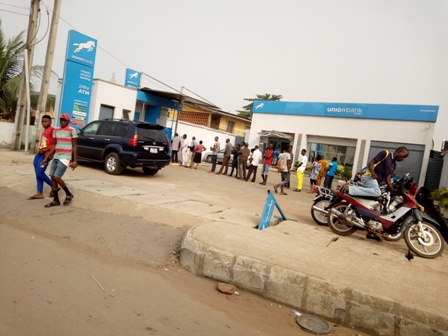 Taking a look at various sectors that were affected during the Christmas celebration, the most noticeable phenomenon that plagued Ika Land is the widespread fuel scarcity which led to high increment in the cost of transportation and other commodities.
Prior to the celebration season, premium motor spirit popularly called petrol was sold at the price of N145 per litre, and was available for all to purchase. However, with the celebration came the increase in the pump price petrol to N200 per litre by Rain Oil and N250 N300 per litre by other fuel stations across Ika Land. 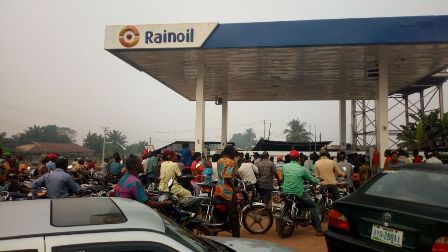 Another phenomenon is the besieging of fuel stations by motorists, individuals and business owners alike, due to fuel scarcity, caused by hoarding of fuel by major marketers.
Motorists, stranded commuters, and business owners, who spoke, expressed their displeasure at the ugly development. They said that due to the hardship the fuel scarcity has brought on them, this Christmas celebration is one of the worst they have ever experienced.
One of the parents interviewed, speaking under anonymity said that her consolation hinges on the fact that schools are on holidays, saying that it would have been so unbearable if schools were on session and pupils/students were stranded, with no means of transportation to convey them to school.
One of the business owners who spoke to Ika Weekly Newspaper, Mr. Velozie Micha, decried the situation. Saying; “it is alarming, because we are spending more while our resources remain static. This is a season when people always like to be mobile, travel home, and have to power their generators for commercial and private purposes. Using fuel is unavoidable this period. So I think that this hoarding of fuel and increment is a deliberate act by the distributors, because they know that people consume fuel a lot this period”.
Speaking a manager of one of the petrol stations, absolved the federal government from being the cause of the problem. He stated that the bulk of the problem lies with distributors and marketers who hoard the fuel and sell it at higher rates to fuel stations.
Another sector that caused sleepless nights for Ika people was the banking sector. All through the week, different ATMs were besieged by Ika people who hoped to withdraw money to do their business. They were left frustrated as the ATMs would not dispense money.
The market women/traders were not left out in the anguish as their businesses experienced low patronage, compared to previous Christmas season.

0Shares
0 0 0
Share
Previous SIR G. E. KIFORDU MARKS DOUBLE CELEBRATION
Next OKOBAHS GIVE THANKS TO GOD, HONOURED BY THE CHURCH